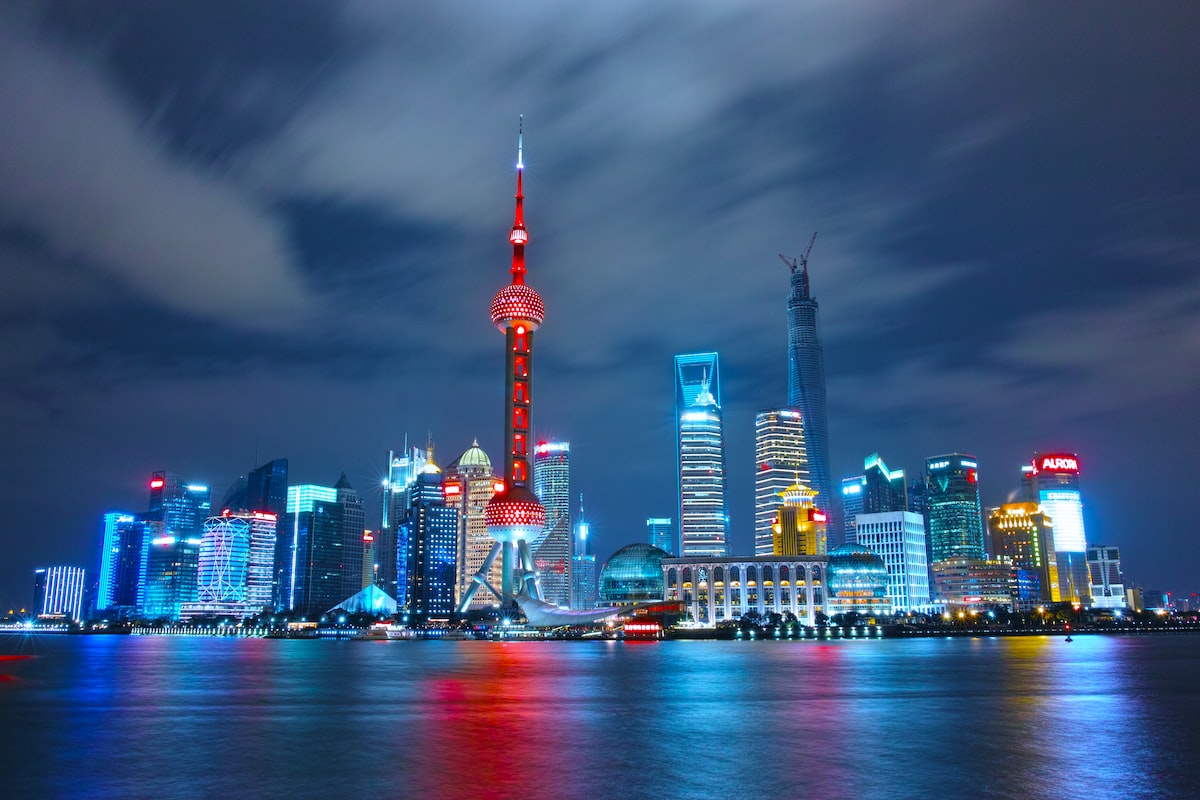 In October, China’s president Xi Jinping broke the constitutional term limit and claimed an unprecedented third term; with very little doubt, he is here to stay. Years of political maneuvering has made Mr. Xi one of the most powerful men on the planet. It’s fair to say that to understand China now, you simply need to understand one man—and that is Xi Jinping. In this paper, I argue that strengthening borders is at the heart of Xi’s politics. The heterogenous borders he is building or rebuilding through his policies between China and the West in physical, economic and ideological forms allow him to further cement his control within China. The aftereffect is unpredictable and dangerous for the country and the world.

To begin our discussion, it is essential to define what borders are. In his paper “What is a Border,” French philosopher Étienne Balibar negates the possibility of offering a definitive answer given borders’ complex nature. But he helped us lay out three major characteristics that borders always simultaneously fulfill, which he defines as: overdetermination, polysemy and heterogeneity (Balibar). I will use his framework and define “borders” as “the establishment of definite identities”. In Xi’s case, borders are the establishment of “the Self (China)” and “the Other (the West),” corresponding to “in” and “out”, “us” and “them”, or more bluntly, the “good” and the “bad”.

China’s economic upturn traces back to the “Reform and Opening up” policy around the 1980s. As the name suggests, the reform knocked down the sealed borders between communist China and the west for the first time since the nation’s founding in 1949. China turned its state-planned economy to a tightly controlled free market one, and opened itself up to certain kinds of engagement with the outside world. For the Chinese, it is only then that international travel and imported goods became accessible. Foreign investors flock to the nation, and China quickly rises to become the largest manufacturing and export country of the world. Western culture was also introduced to China along with foreign capital, leading to some limited progressive advancements. For example, the Chinese constitution was amended in 1982, adding property rights and gender equity provisions. “Reform and Opening up” opened China to the world. It transformed the country and the lives of every citizen, and made China both a driver and a major beneficiary of globalization. 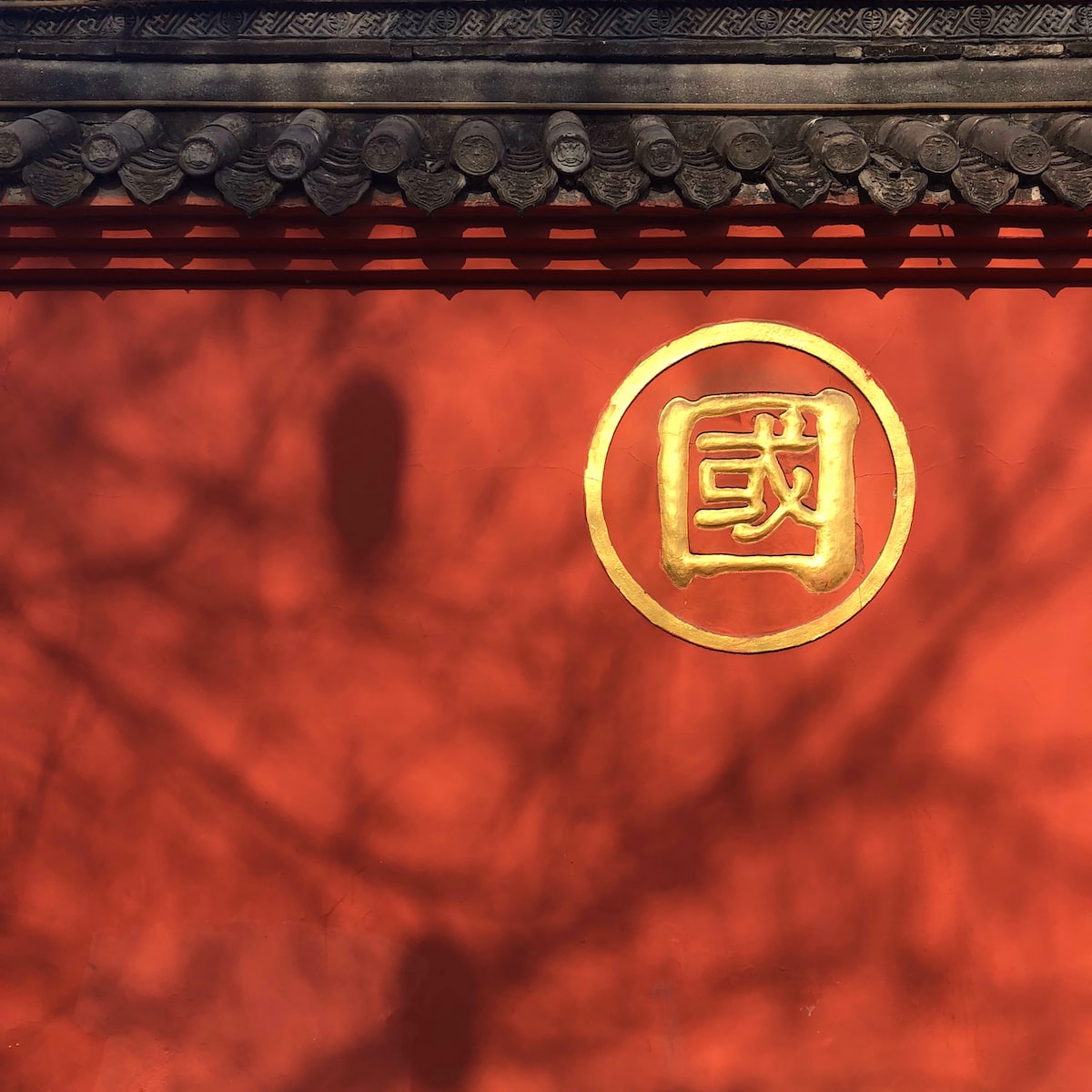 However, there lies an inevitable contradiction. In their collaborated publication “Borders,” geographers Alexander Diener and Joshua Hagen use how peace treaties like Augsburg Settlement of 1955 appeased intermittent cross-continental conflicts in Europe as examples to argue that “the claim and exercise of absolute sovereignty always require monarchs to mark the precise borders of which territories, populations, and resources were included as their own and which were excluded”. Such functions of borders founded the modern state system. Globalization, which is essentially the political, economic, social, and environmental processes to cross international borders, consequently challenges the ruling class’s absolute control of a nation (Diener et al.). “Reform and Opening up” attenuated the borders that served the Chinese elite ruling class well, and began to bring social changes that imperiled CCP’s unrestricted power. One example is the 1989 Tiananmen protests initiated by students and intellectuals, demanding democracy and freedom, which eventually led to a bloody massacre. The Chinese private sector slowly accumulated enough capital to challenge state-owned enterprises, threatening CCP’s absolute grip on the economy. Still, Xi’s two predecessors chose to cautiously continue the reform.

All has changed since Xi, who is intentionally and actively rebuilding the old borders. His measures embody Balibar’s three characteristics. In order to combat the zeitgeist of globalization, Xi resorts to an extreme form of “overdetermination”–CCP’s full-on, exhaustive infiltration into every inch of the country. Xi’s borders are overdetermined on polysemic levels–national and individual–and in heterogeneous aspects, visible (physical) and invisible (for example, ideological). Balibar tells us that borders are in fact the essential anti-democratic condition for authoritarian states to manage their own internal conflicts (Balibar). Xi’s borders are the same. At their core, they are designed to first and foremost cement his power inland.

Since the Wuhan Coronavirus outbreak about three years ago, China has witnessed an unforeseen level of stringent state border control. International flights are scarce, and virtually all foreign visitors are banned from China. Those few who are allowed to enter must undergo from two weeks to a month of strict centralized quarantine. Domestically, Chinese authorities ceased issuing or renewing passports for most citizens, and required work units to either confiscate or regulate employees’ passports. Visas are restricted to essentials only, exclusive to certain students and business travelers, prohibiting travel, visits and all other affairs. These state regulations have therefore made it almost impossible for most people to travel in or outbound in China.

The border restrictions towards Chinese citizens ensue even after the Chinese government abruptly scrapped its “Zero Covid” policies in December, 2022. It’s unclear if there would be changes in the near future. Xi’s clampdown on immigration, however, proves it with more certainty that China is determinedly inward-facing and increasingly isolated. It’s often harder to get in or out of authoritarian states like China. To dictators, migration means outflow of workers and capital, often damaging the economy, and more dangerously, striking at the very heart of the regime’s claims to legitimacy. This was precisely the case of GDR. After suffering several hemorrhages of defectors that even overwhelmed receiving countries, GDR responded by stepping up containment measures to make defecting harder. To avoid showing weakness and the impractical costs, East Berlin didn’t go to the extreme. But Xi has the excuse of epidemic control in a more ruthless autocracy (Fulbrook). His physical state borders that had been years in the making are, and will only be, much more drastic.

For the Chinese economy, border bans have already driven out many foreign investors, but Xi Jinping is doing more. Mr. Xi wants a domestic economy that’s self-reliant in food, energy, and technology. After U.S. president Donald Trump declared a trade war against Beijing in 2018, as a countermeasure, Xi issued his dual circulation policy. The policy prioritizes China’s economic independence. It says that China will rely mainly on “internal circulation”–the domestic cycle throughout production, distribution, and consumption–which will be “supported” by the “external circulation,” or foreign trade, only should the need arise. The trade war has not officially ended even after president Joe Biden took office. American firms expressed their pessimism about their future prospects in China, and Carnegie Endowment research estimates that “dual circulation” will only grow more rapidly (Pettis). 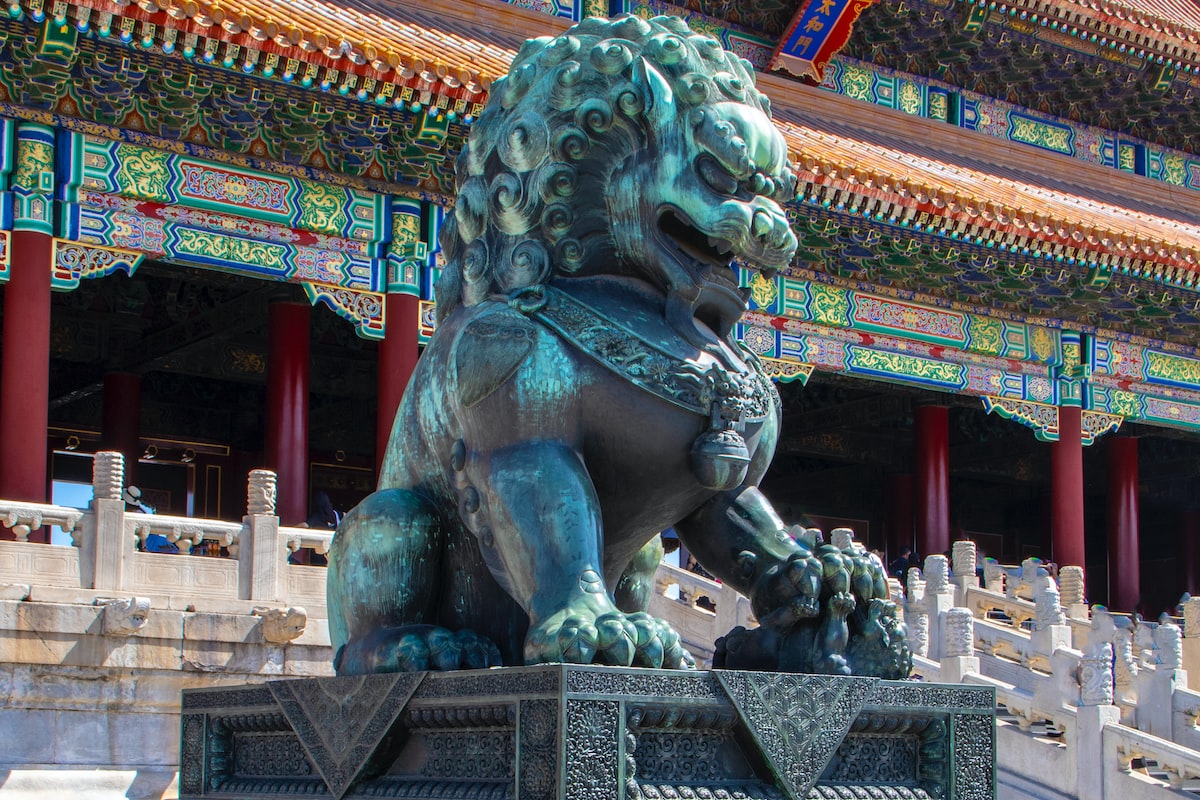 CCP fully controls state-owned enterprises, which take up more than 60% of the Chinese market. Through promoting “internal circulation,” these enterprises will become more integral to the market, making it even easier for Xi to directly intervene with a bulk chunk of the entire economy himself. As an extension of this effort, Xi also cracks down on the private sector which has already undergone very harsh censorship. He brutally punishes disobedient firms, putting the fear of god into entrepreneurs and forcing them to completely pledge loyalty to the party. By owning more proportions of the market and keeping the capitalists in check, he wants to control the Chinese economy easily and efficiently to his will.

An examination of history shows that any cross-national exchange almost always stems from trade. Similarly, Xi’s economic borders have more complications, most prominently in the ideological sphere.

A hallmark of Xi’s new era is how China is reverting back to an ideologically insular state, compared to before reform and opening up. In April 2013, the Central Committee issued Document 9, nicknamed the "Seven No Say's”. The Communiqué, deeply hostile toward the west and western ideas, has since served as a foundational text of the Xi regime. It told an unambiguous story: western countries conspire to infiltrate, subvert, and overthrow the CCP, so the party must stamp out western “false ideological trends,” including universal values, civil rights, freedom of the press, judicial independence, and any challenge to the party’s accounts of history (to which the CCP names as “historical nihilism”). It stipulated a different interpretation of the “Reform and Opening up” agenda that justifies these new constraints. Xi halted virtually all foreign NGOs, churches, as well as western textbooks. “In the face of [western] threats” exhorted Document 9, “we must not let down our guard or decrease our vigilance.” Inside the echochamber of government propaganda, many Chinese people become defensive about CCP’s China and turn “progressively suspicious, critical or even outright hostile toward the West” — along with any ideas, values or other forms of influence associated with it, reported by CNN. 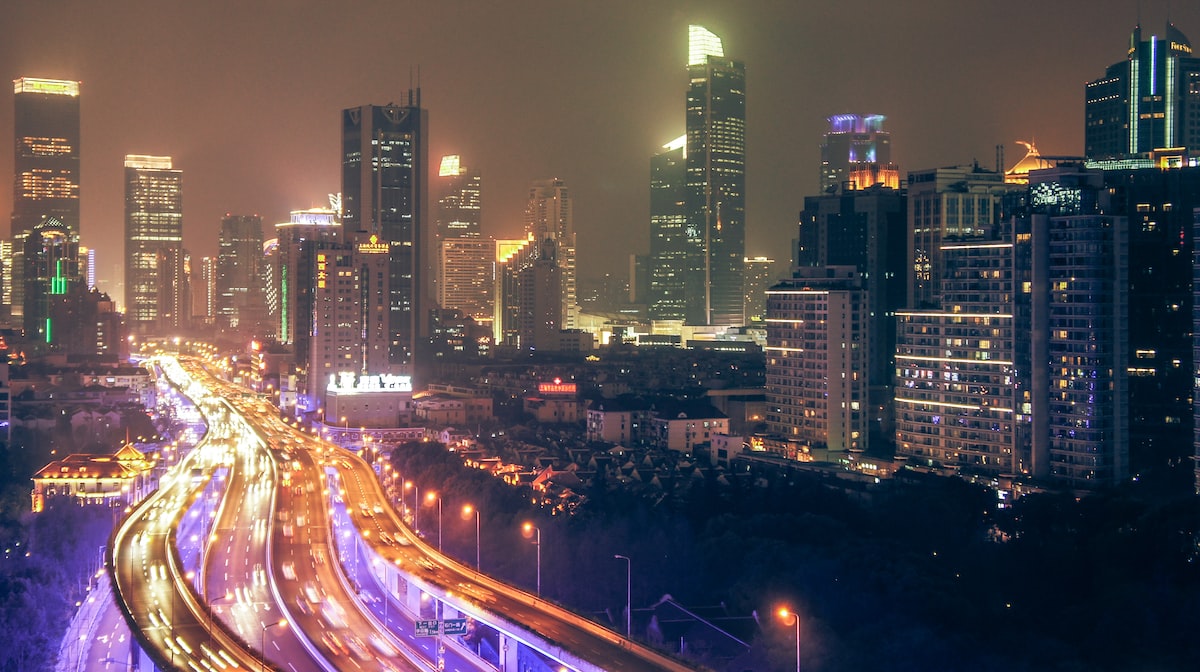 The ability of groups to transcend space and traditional border barriers always pose challenges for governments (Diener et al.). This is especially true in an information age when the Internet serves as a powerful agent in flattening the world and erasing state borders. The most revealing symbol of China’s ideological border is its great firewall. Completed in 2003, the firewall bans access to most foreign sites and media, spanning from major media outlets like New York Times (Incidentally, Fox News, Russia Today are however not banned), networking sites like Youtube and Instagram, or anything that is arbitrarily considered politically dangerous by CCP authorities. Mr. Xi expelled many foreign reporters and further restricted Chinese citizens’ access to information, augmenting the invisible information wall between China and the outside world. For the CCP, feeding the country with disinformation has never been so easy, and the party exploited it by blowing their own trumpet, proliferating populism and painting a dangerous, chaotic outside world. As a result, Xi’s authority is less and less contended.

So is his incompetence. In fact, most of Xi’s policies have ended up in vain. The Belt and Road is a suboptimal project depleted by corruption. Xiong’an turns out to be a fruitless bottomless pit sucking cash. Paradoxically, however, Xi’s grip on power is tighter than any other Chinese president since Mao Zedong, thanks to CCP’s indestructible information bastion of iron.

Xi’s borders gave him more power, but they deeply alerted the rest of the world. Under his rule, US–China relations reached the most hostile since the two established diplomatic relations in the 1970s, exemplified by Washington’s recent CHIPS act that restricts exports of American chips to China. According to the Pew Research Center, anti-China sentiments have reached historic highs, including Japan (88%), U.S. (76%), Australia (78%) and Korea (84%) (Greenwood). These phenomenon echo Balibar’s argument that, once “borders become differentiated and multiple,” once “they begin to constitute a grid ranging over the new social space and cease simply to border it from the outside,” then “the alternative lies between an authoritarian and indeed violent, intensification of all forms of segregation,” versus a democratic radicalism aimed to deconstruct borders (Balibar). Xi’s borders expedite polarization of authoritarian states–the cohort of China, Russia and North Korea–and democratic nations led by the U.S. and EU. Ukraine has shown us that such polarization is violent and volatile. Indeed, under Xi, a peaceful negotiation between CCP and Taiwan is most likely ruled out. In addition to fueling threats of wars, polarization also derails international cooperation to resolve dire crises of the world, such as climate change, control of drugs and human rights crises. Following Former House Speaker Nancy Pelosi’s visit to Taipei, for example, Xi halted all those three Sino-American cooperation as punitive measures, leading to fentanyl abuse again going rampant in the U.S.. International efforts to intervene with the uyghur ethnocide continue to be thwarted. As a man who can alter the fate of a country of 1.4 billion people with his own hands, Xi Jinping’s power is unpredictably dangerous. He is building borders–borders that shield him from inside and outside checks and balances. It remains uncertain how much further Xi will go.

Balibar, Étienne. Politics and the Other Scene. Verso Books, 2012.

Subscribe
Previous
CRYPTO SHADOW BANKS EXPLAINED
Next
Do You Need To Backtest A Trading Strategy?
Return to site
All Posts
×