Jacobite Uprising of 1745 and the Battle of Culloden

The Jacobite Uprising of 1745 and the Battle of Culloden 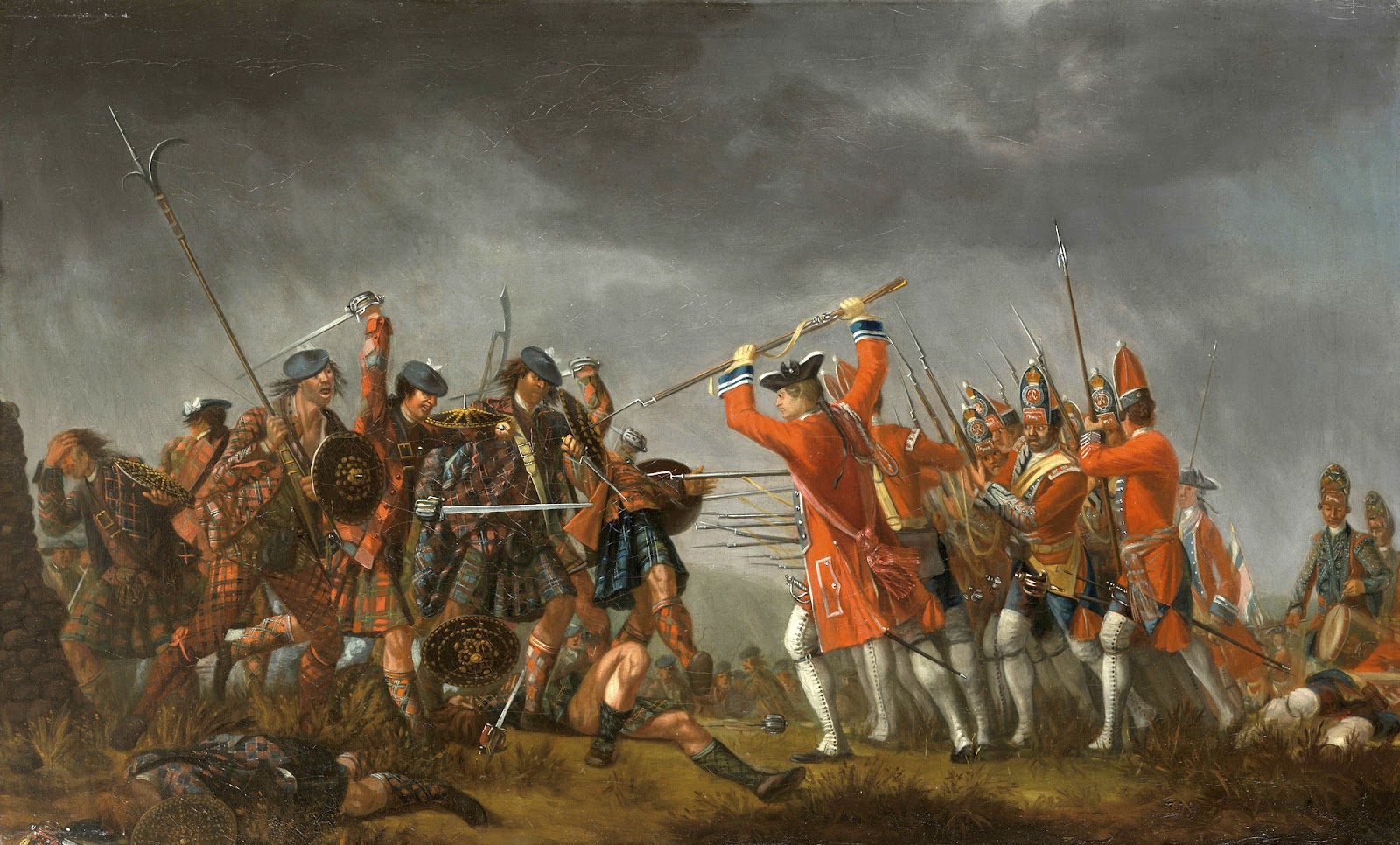 In 1745, a group called the Jacobites, led by Charles Stuart, formed a rebellion against the British throne in an attempt to restore power to the previous king, James Francis Edward Stuart. The Jacobites believed in the divine right of kings, and since James Stuart had been ousted from his throne, the Jacobites maintained that the current king, George II, was illegitimate.

The Jacobite uprising was met with a force of 12,000 British government soldiers, who were, at the time, the most decorated infantrymen of Europe. George II’s son, the Duke of Cumberland would lead the government force. 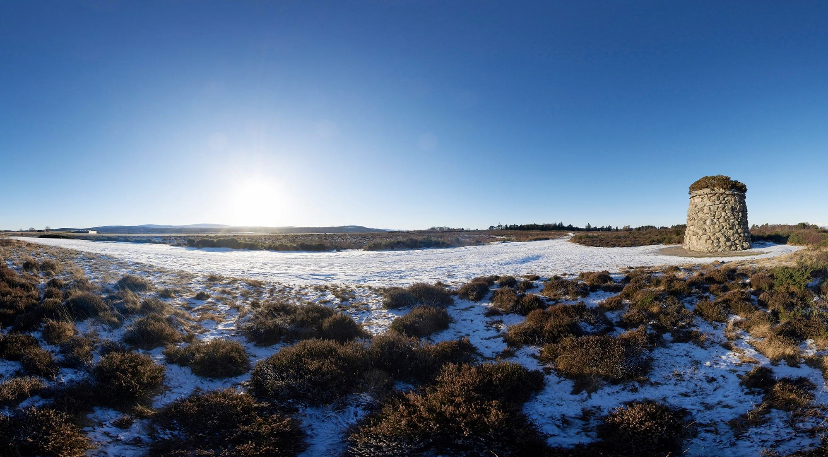 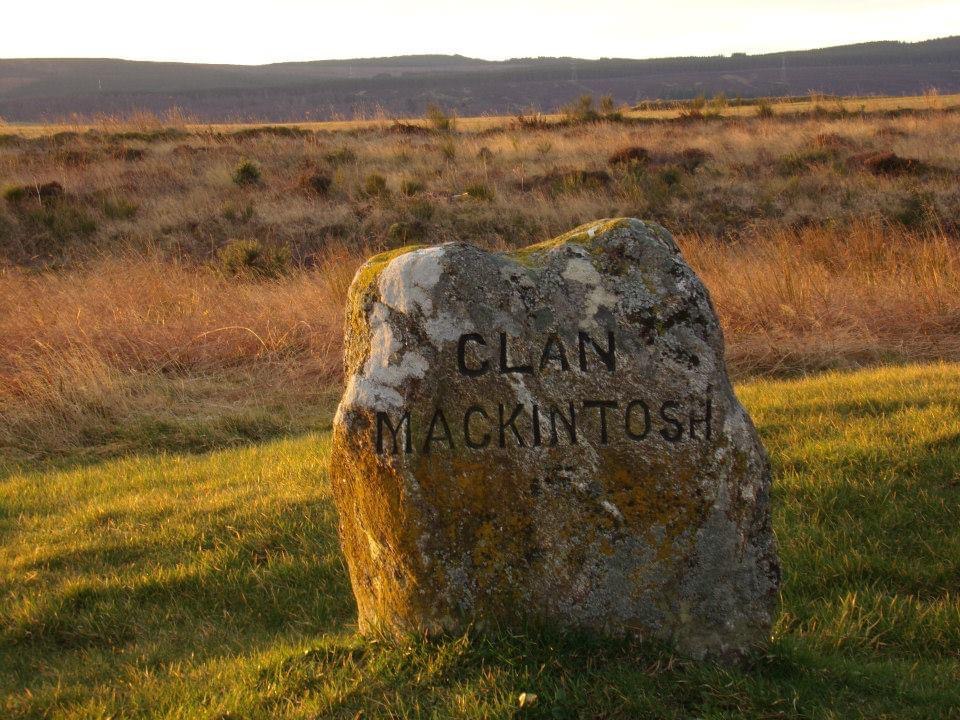 Most of these men were considered to have poor training, and noted to be ‘uncontrollable’ and ‘inexperienced’. To add to the plight of the Jacobites, supplies were often scarce, leaving men only to be armed with a broadsword, shield, and pistol. Later in the uprising, however, supplies from France equipped Jacobite troops with improved firelocks.

The opposing government army was in much better shape. Many of the soldiers tasked with fending off the rebellion had been pulled back from the ongoing War of Austrian Succession, and were already battle-hardened and experienced. The British army’s intense drilling and training  made their soldiers extremely effective and deadly with the musket.

At the battle of Culloden, the government army consisted of 16 battalions, 11 British, 4 Scottish(mostly from the Scottish Lowlands, but actually outnumbered the total Scottish Highlander’s on the Jacobite side), and 1 Irish. The government army also was equipped with 3-pound artillery pieces, cable of firing round iron and canister shot. 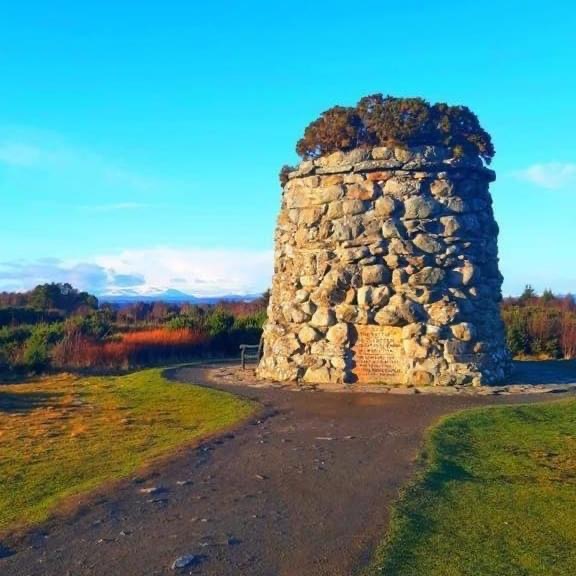 The night before the battle, the British handed out 2 gallons of brandy per regiment to celebrate the Duke of Cumberland’s birthday. This occasion seemed like an ideal time for a night raid against the partying British soldiers. Nearly 1,500 Jacobites assembled. But this attack was called off at the last minute because the war council felt that there would not be enough time to attack before dawn. By the time the troops made it back to the estate at Culloden, many were tired and looking for food or rest and subsequently missed the battle. 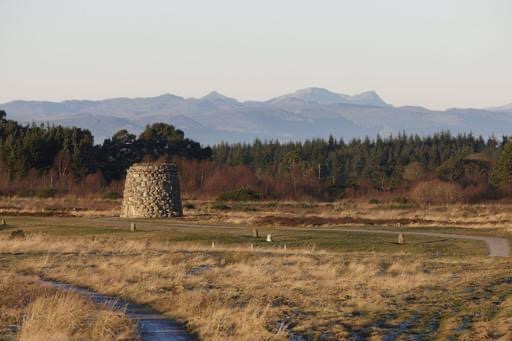 The Battle of Culloden took place on 16 April 1746, and commenced  with a small artillery fire by the Jacobite army, which was reciprocated  by artillery fire from the government army. 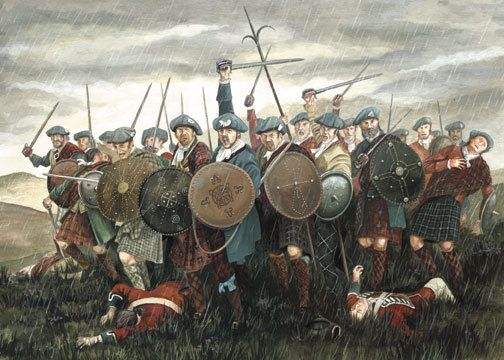 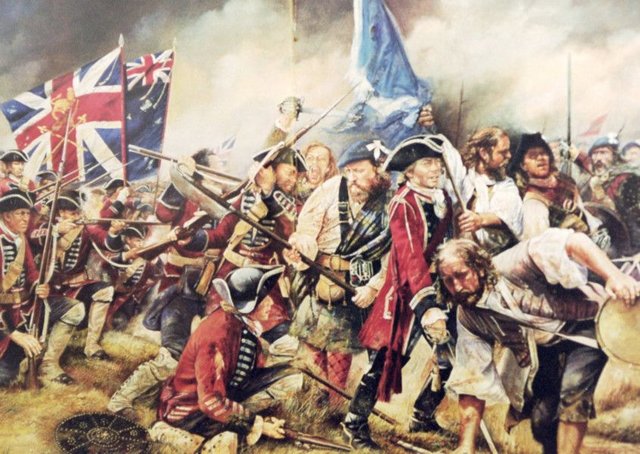 As the need for precise aim is unnecessary for a canister shot, the rate of artillery fire into the charging Jacobite forces rapidly increased, resulting in devastating casualties for the advancing force. Furthermore, the Scottish Highlander’s relied upon charging as their main offensive maneuver, a tactic made difficult by the soft terrain of Culloden Moor.

Within 50 meters British infantry men, which were organized in three lines, began to fire their muskets. Due to their formation, a volley of musket fire was let off every six seconds, but despite this impressive firepower the Jacobite army continued to advance. 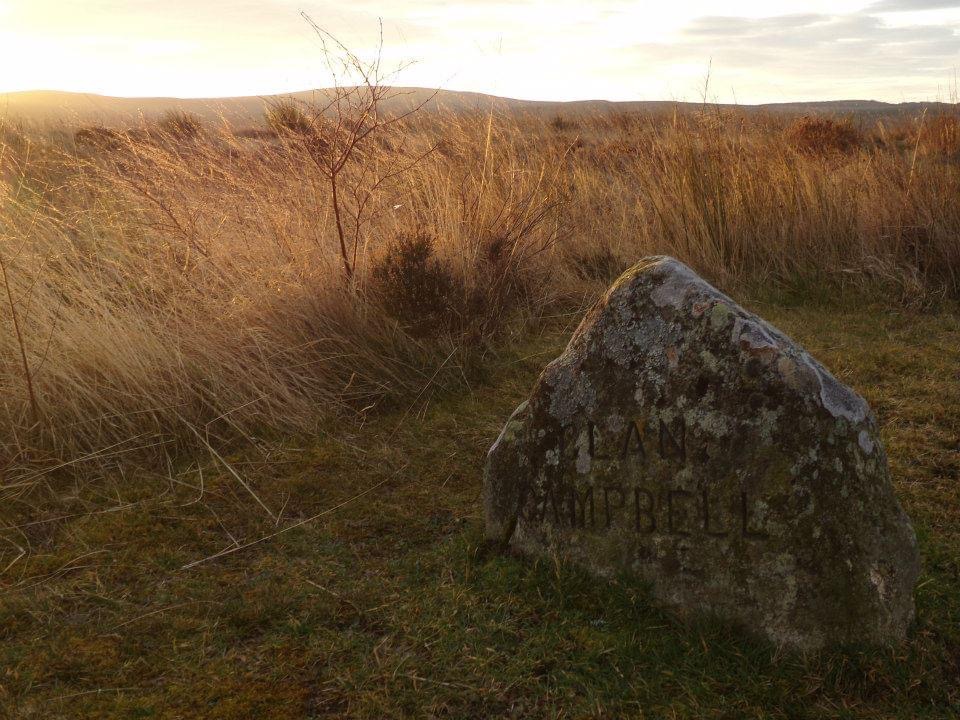 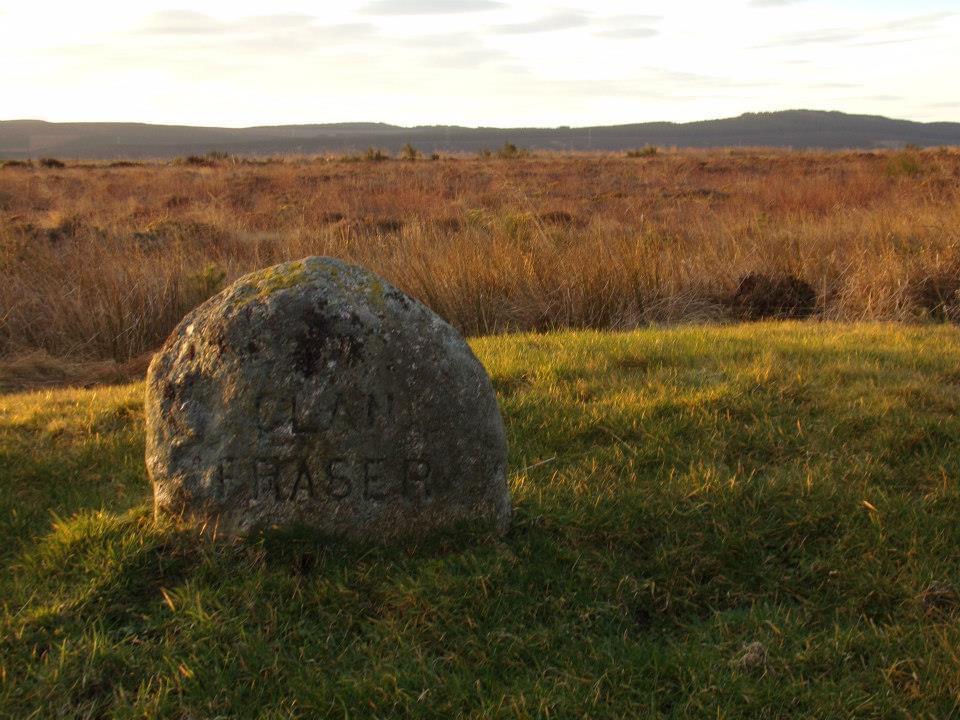 This ended up being a tactical disaster for the Jacobites attacking the left wing, however, as government regiments on either side of the cave-in were able to open fire at the attackers from three different directions. As the attack on the left wing was crushed, the Jacobites began to retreat, but it quickly devolved into a rout as government forces gunned down the fleeing Jacobites.

At the end of the day the British cavalry was a key imbalance in the battle, maybe even more so than firepower, which is also why the ensuing pursuit was so deadly.

The result of the Battle of Culloden was a convincing government victory, and brought a swift end to the Jacobite uprising of 1745. The Jacobites suffered tremendous casualties, totaling roughly 2,000 men killed or wounded as opposed to the 300 killed or wounded on the government side. Of the more than 1,000 Jacobite soldiers killed, it was estimated barely 1/5th were carrying a sword. The British lost only 46 men and had fewer than 300 wounded.

Life in the Scottish highlands would never be the same. Traditional Scottish Clan life was essentially extinguished by the British who took away any legal power the rulers of the Clans had once enjoyed. Hundreds of years of traditions ended and the British spent years brutally fighting off the last of the Scottish Jacobites.