NetEase Stock Forecast We believe that NetEase is a buy with a one-year price target of $115, implying a potential upside of 41% from current levels. Although NetEase is currently affected by China’s scrutiny of their technology sector, we believe that this scrutiny presents a significant buying opportunity.

Not only will video game sales continue to rise as the company releases new titles, but cloud music revenue should also grow as we expect the number of paying subscribers to increase.

NetEase is a Chinese internet technology company specializing in a wide range of online services. These services include gaming, e-commerce, education, and e-mail. All of their services utilize advanced technologies including artificial intelligence, machine learning, and big data analytics. 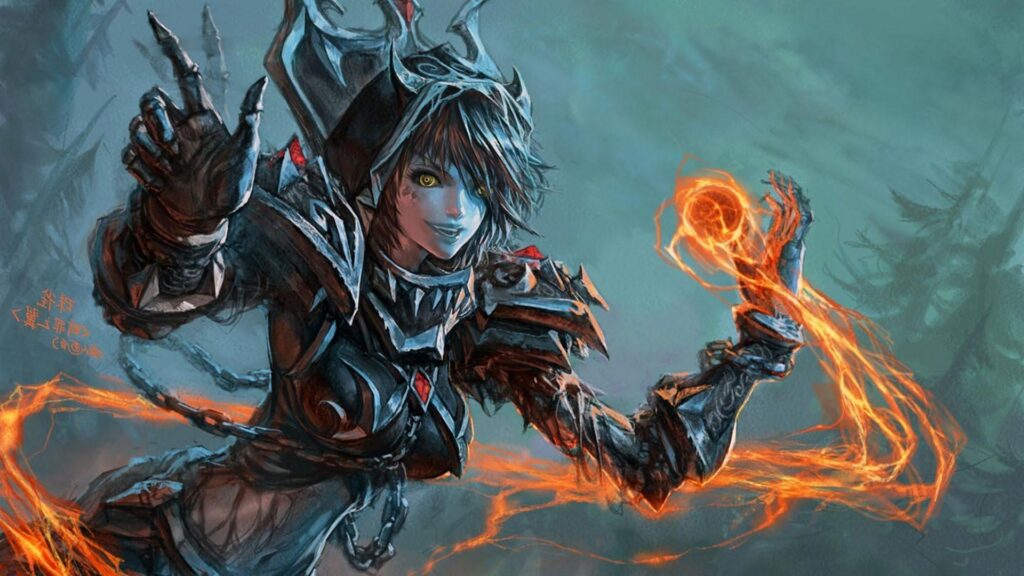 Netease’s offering of games includes over 140 mobile and PC games in a variety of genres. Examples include the Westward Journey series, World of Warcraft, and Overwatch.

Launched in April 2013, NetEase Music is the cloud music division of NetEase. It operates under a freemium model, meaning that its basic features are free while its enhanced features can be purchased at a cost. One of the missions of the app is to provide independent musicians with the tools needed to be discovered and successful through big data analytics. In 2019, NetEase Music introduced Cloud Village, a discussion board feature where users can post about music.

Youdao is the intelligent learning arm of NetEase. Founded in 2006, Youdao provides educational content geared towards all school levels: pre-K, K-12, college, and adult. In addition to online courses targeting school subjects, Youdao has interactive learning apps related to math, reading, and vocabulary. Youdao also has its own dictionary and translation services, Youdao Dictionary and Youdao Translation respectively. They also have smart devices to complement learning. These devices use AI algorithms and data analytics to enhance the Youdao experience by determining each user’s needs.

Yanxuan is the e-commerce arm of NetEase. They sell products such as consumer electronics, food, apparel, homeware, kitchenware, and other general merchandise.

NetEase went public through an initial public offering (IPO) on July 3, 2000. Unfortunately, its debut coincided with the dot-com bubble and by the end of 2001, its stock tumbled 96% from its IPO price. But since then, it has risen every year except for 2018. If an investor bought its stock at the IPO price, he/she would have returns of nearly 14,000% based on Monday, August 16th’s closing price. Like many tech stocks, it is off its February highs as a result of higher inflation expectations, as well as regulation from the Chinese government.

GameStop Valuation : A look into the numbers 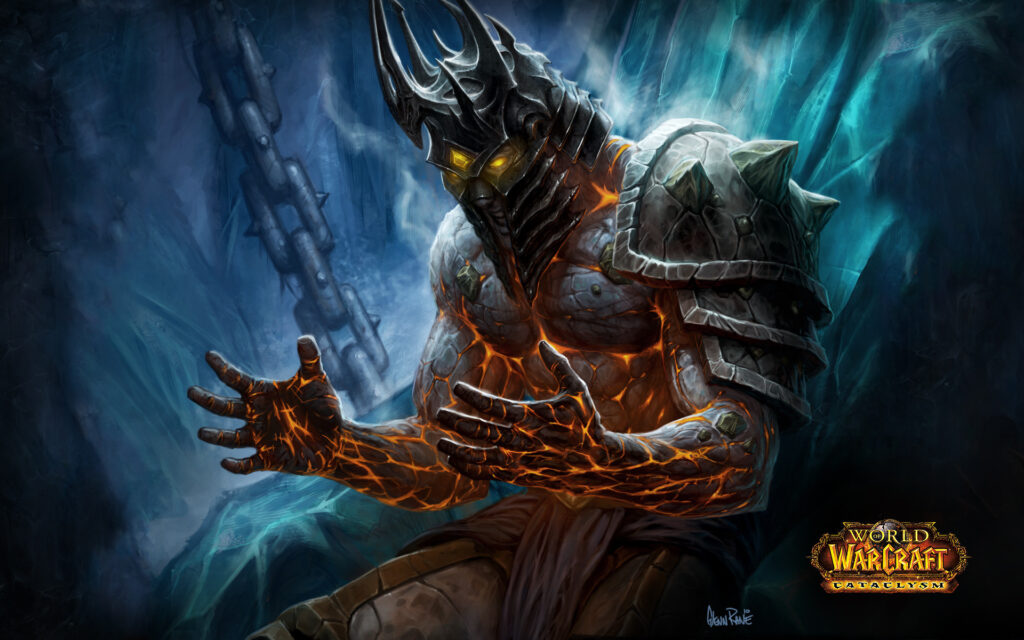 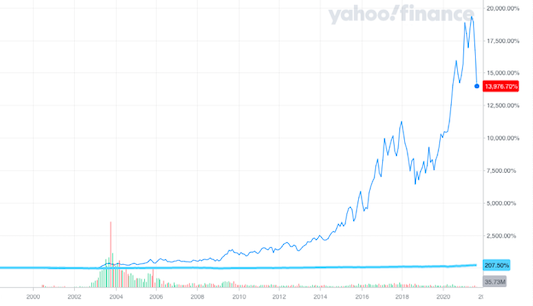 In its recent Q1 earnings report, NetEase announced that its recently released games, which include Yu-Gi-Oh! Duel Links and Pokemon Quest had successful launches. Additionally, longstanding titles such as the Fantasy Westward Journey and the Westward Journey Online series also saw successful sales.

The company doesn’t report the actual figures, but mentions in its most recent annual report that the reason for the growth in revenue year-over-year is due to the aforementioned games. In the upcoming months, NetEase is set to release the following games: Harry Potter: Magic Awakened, The Lord of the Rings: Rise to War, Nightmare Breaker, Diablo Immortal, and Ghost World Chronicle.

We believe that there is a strong likelihood for acceleration of growth at NetEase Cloud Music. In 2019, they received a $700 million investment from Alibaba and Yunfeng, placing them in a great position for growth. In Q1 2021, the app had 183 million users with 24.3 million paying subscribers. They have been rapidly expanding in terms of user base and paying subscribers. 13.3% of users were paying subscribers in Q1 2021 compared to 7.5% during the same period last year, reflecting a nearly 6% increase.

The registered number of users, or the metric NetEase uses to measure growth, reflects strong results in the past few years. In 2017, they had 300 million registered users. In 2018, this number doubled to over 600 million. In 2019, this grew to over 800 million. They have not announced this number for 2020, but we expect it to be over 1 billion. Additionally, NetEase Cloud Music is set to launch its Hong Kong IPO soon once the regulatory news dies down.

The Chinese government has been cracking down on Chinese tech companies that list on foreign stock exchanges. One of the biggest reasons for this is their belief that more investment should flow into real technologies such as microchips, batteries, robotics, and advanced materials rather than places that see a “disorderly expansion of capital,” such as internet software. Another reason is to prevent big tech companies from being monopolies.

Additionally, Chinese regulators announced that education companies will be forced to become nonprofits. This is because China is experiencing lower birth rates as a result of the higher costs of raising children. However, Youdao only represents approximately 5% of NetEase’s total revenue, so making it a nonprofit should not affect NetEase too much.

NetEase is one of the handful of companies that benefited from stay-at-home orders as a result of the COVID-19 pandemic. Now that more people have gotten vaccinated and are returning back outside, people won’t have as much time for video games. But we think that this will have very little impact on revenue and profitability for the company, as we expect the cloud music business to compensate for any potential decrease in video game revenue.

Our model assumes that Youdao will become a nonprofit, per Chinese regulatory requirements. We also assume that NetEase Cloud Music paying subscribers and video game sales will increase. These two pieces will be the drivers for future revenue growth. We expect new releases such as the Harry Potter and Lord of the Rings games to be successful considering their strong fan bases, as well as the company adding new titles in the future.

From their financials for previous years, we see that the revenues were increasing and profitability was stable. The exception was 2019 which saw a decline in revenue but an increase in profit year over year. This is because NetEase sold e-commerce company Kaola to Alibaba for $2 billion. For 2020, video games contributed to $8.37 billion in revenue. In particular, mobile gaming accounted for 72% of video game revenue.

On May 18, NetEase reported earnings for Q1 2021. They posted revenue of $3.1 billion, a 20.2% increase compared to Q1 2020. Video game revenue was $2.3 billion and e-commerce and cloud music revenue was $640 million. Youdao revenue was $205 million. Net income for Q1 was $678 million, a 354% increase from the previous quarter and a 24% increase from Q1 2020. The company did not provide guidance as to forecasting future revenues and profit.  Based on previous years, they should be reporting Q2 earnings sometime this month.

Subscribe
Previous
How AI is Being Successfully Applied in Higher Education
Next
The Legal Marketplace Is Competitive- Here's How To Stand...
Return to site
All Posts
×