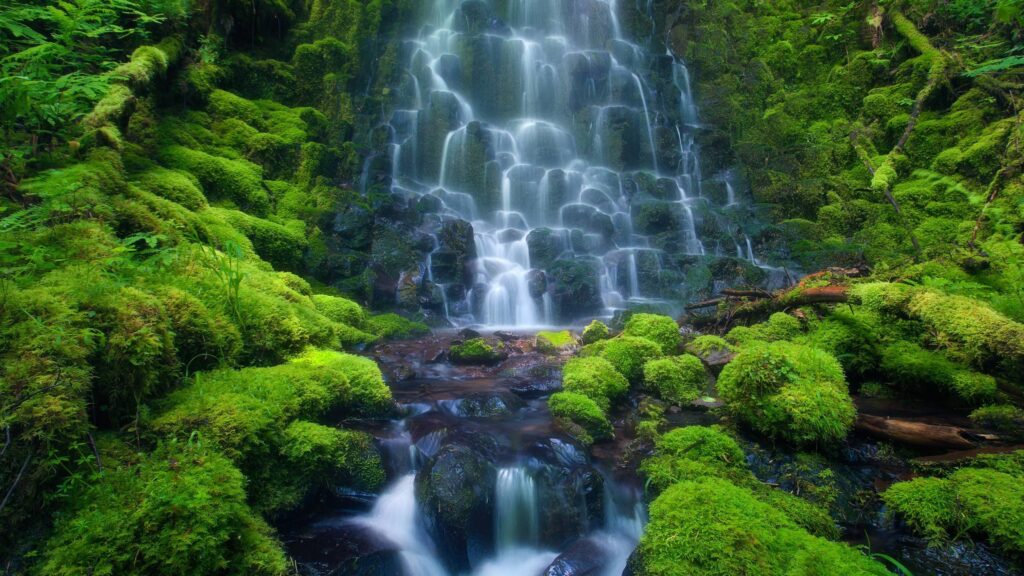 The Amazon Rainforest The Amazon River Basin, located in South America, is home to the largest rainforest in the world. It covers around forty percent of the South American continent and would be the equivalent of forty-eight United States. It is also the world’s richest, and most-varied biological reservoir which has millions of different species of insects, plants and birds. 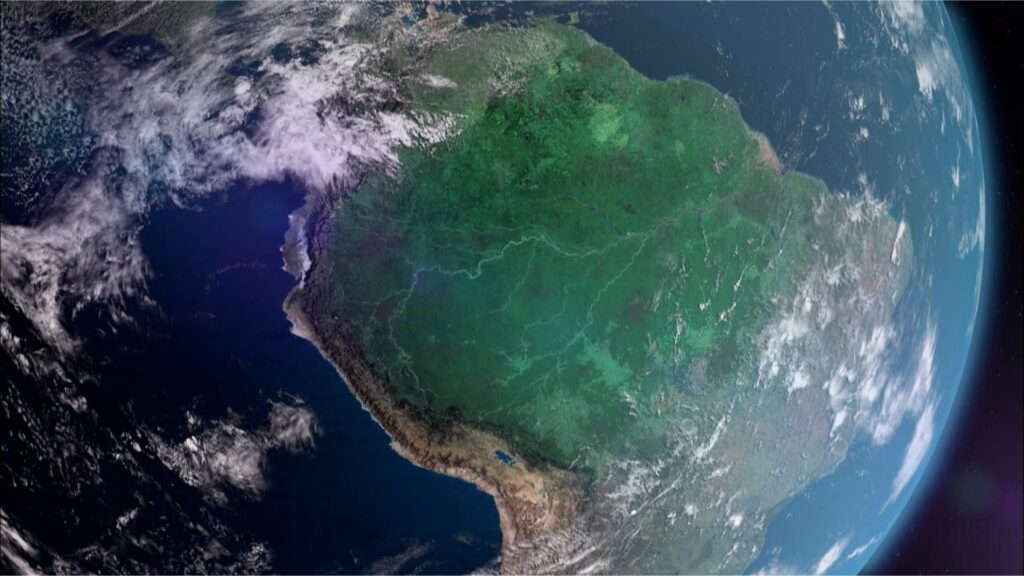 Due to Brazil’s rapid population growth, the country has settled a large portion of the Amazon Rainforest to gain lumber, create grazing pastures and farmland. The Amazon rainforest plays an important role in slowing down global warming as it is a vital carbon source. Moreover, it has been reported that areas of the Amazon that have been cut down are around five degrees celsius hotter than that of the areas in the rainforest. Last year, in 2020, the Amazon rainforest reached the highest deforestation rate they have seen since 2008 with over ten thousand square kilometres of rainforest being erased. 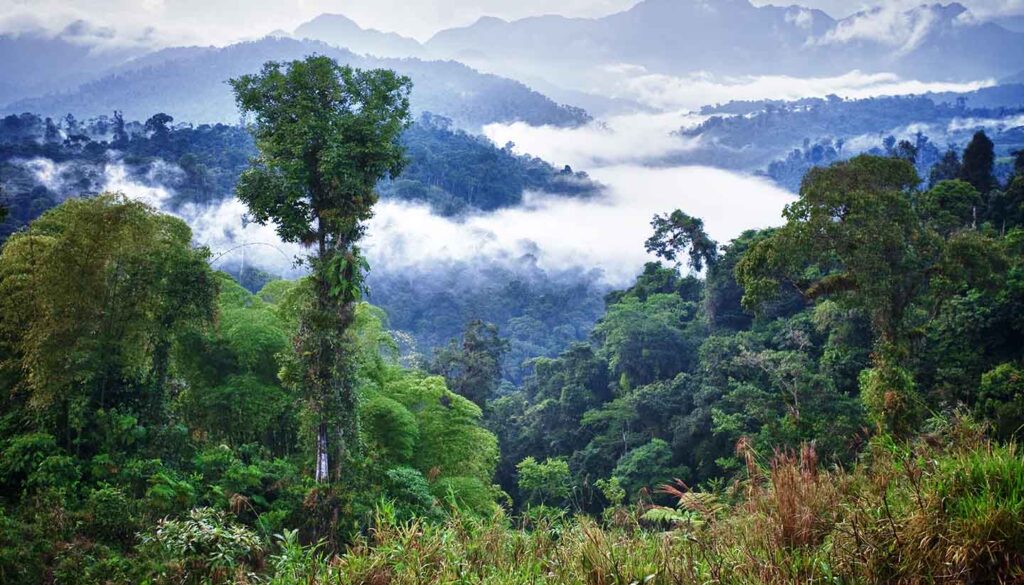 It is also important to understand the impact that the Amazon rainforest has on the world, but more specifically, global warming. To start, trees or plants absorb the carbon dioxide from the atmosphere, and absorb it, for photosynthesis to take place. It then releases oxygen back into the atmosphere, along with carbon, which allows the plants to grow. By chopping down trees and cutting plants, the greenhouse effect will most likely be worse along with negative climate change in the future. 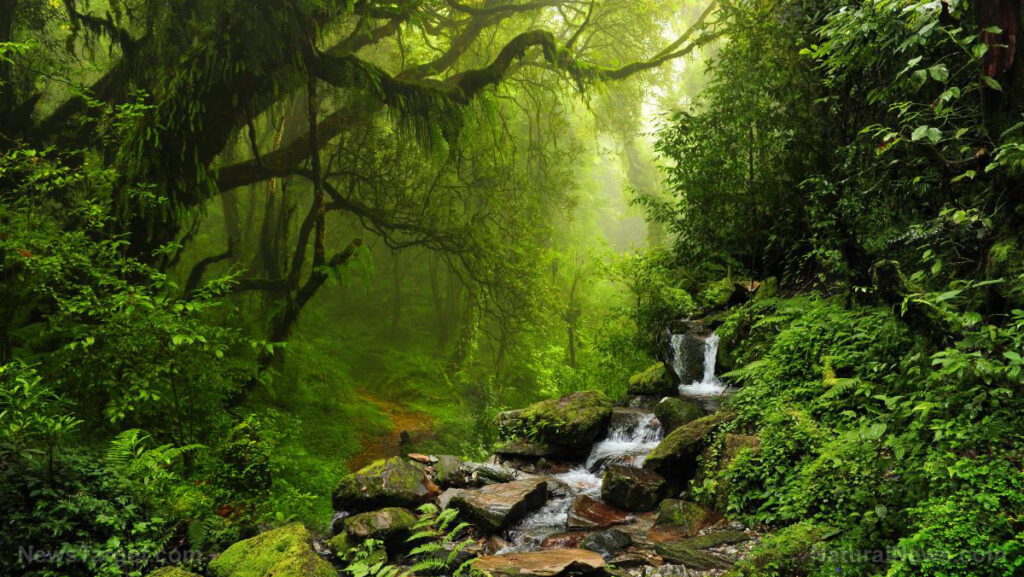 Moreover, when trees are cut down, their carbon matter is also released from them in the form of CO2 which pollutes the atmosphere. The Amazon rainforest is also known for producing around fifty to seventy percent of its own precipitation through transpiration. But, it is not only the Basin that it affects as the rainfall from the Amazon can have an influence on the rainfall in places as far as Western United States and Central America. 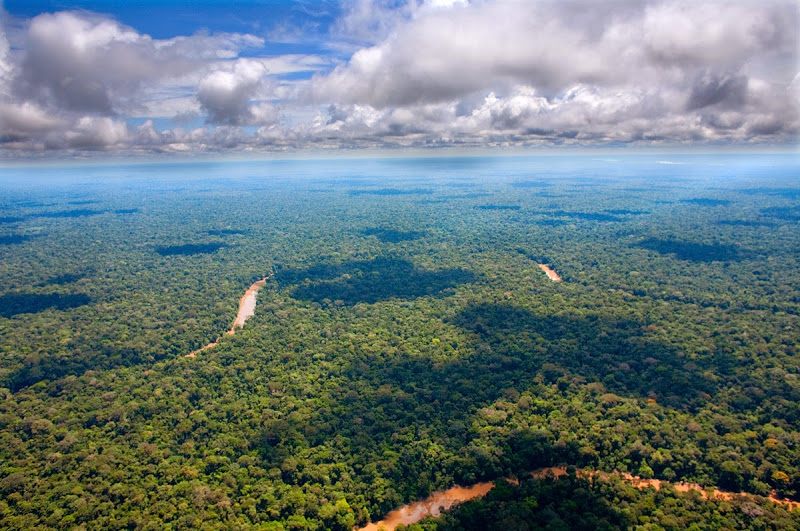 A bird’s eye view of the Amazon Rainforest, one of the world’s greatest natural resources. Because its vegetation continuously recycles carbon dioxide into oxygen, it has been described as the “Lungs of the Earth.” Besides being one of the most biodiverse places on the planet, it is home to a number of indigenous peoples.

As of right now, the deforestation of the Amazon rainforest is 43% up from this time last year. Brazil is in deep pressure to continue the destruction of the world’s largest rainforest which plays a large role in climate change as the vast amount of greenhouse gas is absorbed. Under the Biden Administration, which is working on funding conservation efforts, experts expect immediate action to reduce the deforestation rates this year.

But why exactly is the Amazon rainforest being cut down?

Its lifespan extends around ten million years old and is home to 390 billion trees but now, they are disappearing quickly due to the chopping and fire techniques employed by farmers.

Farmers use fire techniques to clear the land that is too dense to cut through, resulting in fertile land that is arable. The goal is to turn the rainforest into agricultural land where they can grow crops and accelerate their cattle reproduction rates as a large portion of the population in these areas make their living by selling and producing meat.

Not only is the deforestation of the Amazon speeding up climate change, the Amazon is home to countless ecosystems with varying size. But regardless, deforestation is effectively eliminating and endangering animals that live in the Amazon. It has been stated that, “While scientists can’t definitively know which species are at risk until they’ve assessed the distribution of the blaze and the remaining animal populations, they already know that some animals native to the Amazon are not adapted to cope with such massive fires.” In regions that are affected by the fires, what the scientists realized was that the larger and faster animals, such as jaguars, pumas, deer etc… were able to relocate, but the smaller animals such as frogs, turtles and snakes were more likely to be burned in the fire. In addition, after the trees and animals have burned, it might be impossible to grow the trees back as around eighty percent of the trees in the Amazon rainforest rely on animals for the regeneration through seed dispersal.

Alongside the constant fires, deforestation and elimination of wildlife, the Amazon rainforest burning is taking a toll on more than just the area it calls home. Local temperatures are rising and reports show that the destruction of the Amazon will speed up global warming which will lead to other environmental issues. Conservation efforts to save the Amazon are being put in place to slow down the rate of deforestation but there is not a lot of time before the Brazilian government puts their economy above the serious effects of global warming.

Subscribe
Previous
Battle of Red Cliffs
Next
The Ancient Precedent for Preserving Museum Ships Written...
Return to site
All Posts
×