Why did AOL Time Warner Fail?

Why did AOL Time Warner Fail? 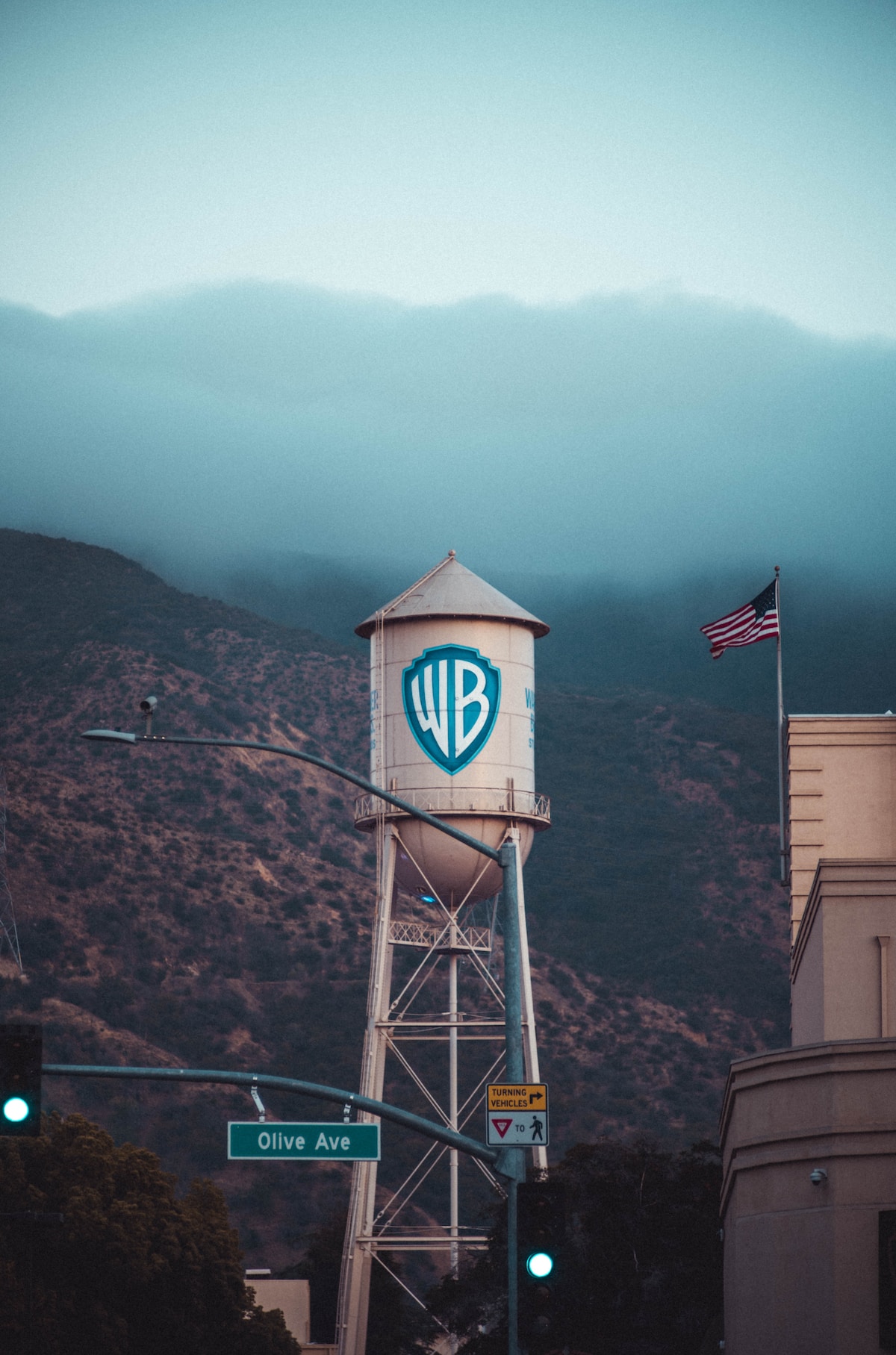 The merger between the two media giants, America Online and Time Warner, seemed too good to be true. However, the lack of due diligence on company culture,failure to understand the landscape of the media industry, and inability to see the future of the internet led to a business disaster in the early 21st century.

Both companies were the dominant players in the interactive service and entertainment business, respectively, so merging the two businesses seemed like an expected step of growth. However, there were numerous flaws in the execution. As the promised synergy between the two companies never appeared, ultimately leading this deal to complete failure.

America Online was founded as Quantum Computer Services in 1985 and later launched as AOL in 1989. Under the management of Steve Case, the company had established its dominant presence in the Interactive Service industry with its vision “to build a global medium central to people’s lives”. Throughout the late 1990s, AOL would become the world’s leader in interactive services.

The company focused on offering its subscribers a convenient and easy-to-use package of online services such as communicating with friends and families as well as managing finances and schedules. Overall, it had more than 30 million users across the world with a capacity to serve 2.2 million simultaneous users. The key to the success of their business model was availability, as  high-speed dial-up connection was accessible from virtually anywhere in the world and for all 24 hours of the day.

The company’s business model structured compensation packages predominantly focusing on the performance of employees with below-average base salaries. AOL was very aggressive and opportunistic in the market and their work ethic was often described as very tense. This created a cut-throat and competitive work culture within America Online. Such culture had led the employees to exploit the market they were in as opposed to developing something that could bring sustainable advantage in the market.

There were also suspicious observations about AOL’s accounting and treatment of assets on their balance sheet.

For example, when AOL reclassified CD Roms as assets, rather than as a marketing expense, many on Wall Street questioned the move. A CD-ROM is a pre-pressed optical compact disc that contains data. Computers can read—but not write or erase—CD-ROMs, so it is a type of read-only memory. AOL needed to distribute these discs so that their users would download their software. However after the download, the CD was effectively useless plastic. Ultimately, the reclassification of CS Roms saved huge amounts of expense from AOL’s Profit & Loss statement. In addition, AOL was seen inflating their advertising revenue, and when this came to light in 2002, the company was required to pay steep SEC fines.

Time Warner, founded as Time in 1922, has become one of the world’s largest media and entertainment companies. Time had gradually expanded its business by merging with companies in the late 1980s and 1990s.s; the first merger was with Warner Communications in 1989, establishing the name Time Warner, and the second merger was with Turner Broadcasting Systems in 1996. As a result, the company fostered growth and a dominant presence across all of its business units.

Time Warner was divided into five independent business segments, which were cable networks, cable systems, filmed entertainment, music, and publishing. As of early 2000, Time Warner’s cable network Home Box Office (HBO) was America’s most successful premium television network with the largest number of subscribers and the highest ratings. Additionally, since the early 1990s, Time Warner had aggressively pursued a strategy to upgrade its existing cable systems to provide customers with  more channels and with enhanced picture and sound quality. As a result, Time Warner Cable became the second largest cable system operator with 6.5 million subscribers in 1999.

Though the two previous mergers had succeeded in expanding their business lines, Time Warner had failed to produce synergy between the companies, causing a cultural clash within Time Warner after the mergers. . This led Time Inc. and Warner Bros. to run relatively independently, with each business unit operating as a separate company serving under the bigger business.

Before the Merger: Possible Benefits of AOL Time Warner

After the Merger: Why They Failed

The mega-deal of the two giant media companies closed by giving AOL 55% ownership and Time Warner 45% of the new company. However, the deal that made perfect sense on the surface, ended with a complete disaster, with a misreading of the dot-com bubble and a failure in creating the synergy between the two companies.

Misreading of the new media landscape with the dot-com bubble outburst: At the beginning of the 21st Century, there was a shift from dial-up service to broadband regarding internet service. Because AOL was now unable to leverage the contents that Time Warner was providing, since their dial-up service was now ubiquitous. Additionally, the dot-com bubble began to burst in the early 2000. And made it even more difficult for AOL to meet financial forecasts. As no one expected such a rapidly evolving outburst in the internet industry. Then, as a consequence of this evolution, the landscape of the media industry quickly changed to high-speed internet access. As a result, bringing AOL into a crisis as their dial up lost appeal. New member estimates kept falling short quarter after quarter. See their member attrition below:

What Happened To The Kraft Heinz Merger?

The New York Times reported: Jeffrey L. Bewkes, the current chief of Time Warner, once dressed down Mr. Case in a meeting, saying, according to Mr. Klein’s reporting:

“The only division that’s not performing is yours. Every one of us is growing, making the numbers. The only problem in this construct is AOL."

Lack of Vision without any execution: The greatest challenge of this merger was to go beyond the cost-saving and cross-marketing opportunities. And determine what transformational changes the new company would create. However, a very large number of people who were familiar with the deal were very skeptical about the idea of “transformative”. Because the term had no concrete examples of what these types of changes would be. This was partly due to the rapid advance in technology. That allowed access to the information services in various different ways. And no one knew exactly what the market would look like in early 2000.

Cultural Clash: A cultural clash in this merger was inevitable. As the individual companies operated in vastly different ways, eventually devastating the profitability of the merged company. Time Warner, after the two previous mergers, had established their culture where every business unit was running independently. Whereas, AOL had a profit-driven culture where they only focused on short-term goals. After the merger, AOL refused to distribute any of the content that Time Warner produced. Moreover, instead launched their own proprietary contents under the new AOL service. On the other hand, in order for Time Warner to gain preferential access to AOL’s subscribers. The money had to come from Time Warner’s own pocket, which brought down their profitability by nearly 1/3. Reaching eyeballs is an expensive business in the media world. Considering Time Warner’s business model. One where the fixed costs were inherent to creating quality content. Cutting down their operating profit to assist another division was unthinkable. Former CEO Dick Parsons told the New York Times:

“The business model sort of collapsed under us…it was beyond certainly my abilities to figure out how to blend the old media and the new media culture. They were like different species, and in fact, they were species that were inherently at war.”

Lastly, the management of AOLTimeWarner projected $20 billion of annual earnings before interest, taxes, depreciation, and amortization (EBITDA). An unachievable figure.

However, they stuck with the guidance for far too long. As a result, it eroded investors’ trust in the stock and helped to increase the 90% sell off in the post-merger stock.

The merging of these two companies aspired to create a company to lead the entertainment and internet service sectors. However, it is still remembered as the worst merger of all time.  The management behind this deal did not understand the dynamics of the industry. And rushed to take part in the new media alongside the dot-com bubble. AOL Time Warner certainly paid the price for their lack of due diligence in this market; a $99 billion loss recorded one year after this merger. Furthermore, the stock price for both companies plummeted by 90% by the end of December 2002. Just a few shorty years after the announcement of the deal on January 10, 2000. This infamous merger proved the point that a vision without execution is a hallucination. Furthermore, it must be remembered going forward in mergers and acquisitions.

“The Time Warner-AOL merger should pass into history like the Vietnam War and the Iraq and Afghanistan wars. It’s one of the biggest disasters that have occurred to our country.”

What happened to the AOL Time Warner merger?

Subscribe
Previous
Pilot Shortage
Next
US And Allies Issue Advisory Warning of Russian Cyber...
Return to site
All Posts
×