Why Lehman Brothers? The global financial crisis in 2008 was the worst financial disaster since the Great Depression. The crash of housing prices led to the fall of many financial service companies in the maelstrom of bankruptcy. Bear Stearns, an 85-year-old investment bank, was the first domino to fall. However, unlike Lehman Brothers, it did not suffer a “free fall”.

In fact, when Lehman Brothers fell, Barclays, the only big buyer left in the market, denied the acquisition. Unlike in J.P. Morgan’s acquisition of Bear Stearns, the U.S. and the UK governments did not guarantee Barclays to cover the loss of Lehman Brothers’ assets (Chu, 2008).

Then, why was Lehman Brothers–among all the big banks–not saved?

Bear Stearns, Lehman Brothers, AIG, and Merrill Lynch stood almost in the same position during the financial crisis of 2008.  At the end of 2007, Merrill Lynch held about $62 billion in its total assets; Bear Stearns held about $396 billion; Lehman Brothers held about $691 billion; and the total assets of AIG were about $1,060 billion. Goldman Sachs had about $1,120 billion in total assets while receiving an additional $10 billion investment from the Department of the Treasury. Evidently, the size did not seem like the reason, as Lehman Brothers was not the biggest nor the smallest financial service firm during the crisis.  In addition, it did not have the highest leverage ratio either.

In fact, the Federal Reserve took on more risk to rescue AIG and Bear Stearns than it would have to rescue Lehman Brothers!

Saving Lehman Brothers may not have avoided the financial depression but could have let the depression come in a more “slower and softer” manner (O’Brien, 2018). As the later report reveals, the unemployment rate would only rise up to 7 to 8 percent instead of 10 percent. Likewise, the rest of the banks such as Washington Mutual could have time to earn their way out without help from the government or Federal Reserve. Lehman Brothers’ failure led to the fall of other big banks, and  the total balance sheet of the Federal Reserve consequently reached 10 trillion to save  the economy. Nonetheless, according to Obama advisor Christina Romer, it would only need about $1.8 trillion to save the market if they had bailed out Lehman Brothers (O’Brien, 2018). 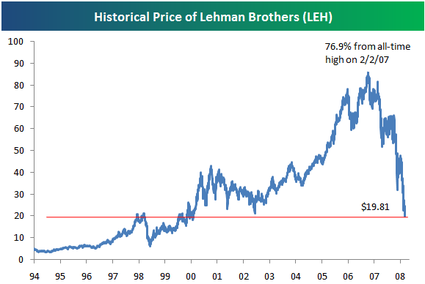 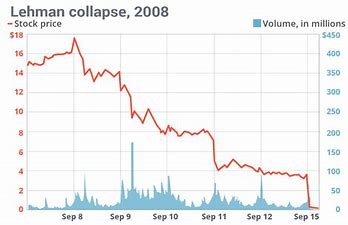 The major shareholders of Lehman Brothers Holding Inc. were Partners Group Private Equity, Vanguard Total International Stock Index Fund Investor Shares, Dfa Investment Trust Co., iShares MSCI EAFE Small-Cap ETF, etc. Among these companies, besides Dfa Investment Trust Co., other companies were from Europe. The bankruptcy of Lehman Brothers gave rise to the global financial crisis, and the contribution of shareholders could be the real reason for the lack of support that Lehman Brothers faced until its bankruptcy.

What a prosperous Europe means

The story begins at the end of World War II. In the aftermath of the war, the world was defined by two superpowers: USSR and the US. When Churchill delivered the Iron Curtain Speech, Europe was divided into a US-led Western Europe and a Soviet-led Eastern Europe. During World War II, the US pulled out the country from the Depression by selling billions of dollars worth of weapons to Europe and . The USSR was militarily leveled with the United States but not economically. Germany was an example of the bipolar divide and a success story of the U.S. aid.

After World War II, the Berlin Wall was built. US-led Western Europe took control of the Western Germany whereas the Soviet-led Eastern Europe took control of the Eastern Germany. With the help of the United States, the German economy recovered promptly. Conversely, the USSR took control of the firms in Eastern Germany but disassembled the machines and laid them on the land of the USSR. Millions of East Germans climbed over the Berlin Wall and joined the West side. Meanwhile, the blooming industry of West Germany–one of the best industrial countries in the world–led to a fanaticism of petroleum. Businessmen in the United States smelled the opportunity and mined, processed, and marketed the petroleum. Since then, USD has been hooked on petroleum.

The capitals also grew  in the torrent of time. These capitals helped the US-led western Europe in deterring the USSR. In 1990, the USSR proclaimed its disintegration, but these capitals seem to grow even bigger.

On November 1st, 1993, the European Union was established to indicate that European countries can act together when it comes to security and defense matters (European Union, 2020). The European Union has a large amount of capital and threatens United States’ Finance. From the EU-US trade in goods balance sheet, the balance rose from about $101 billion in 1990 to about $330 billion in 1999 (Census.gov). From 2000 to 2008, the trade in goods balance raised up to about $830 billion. Larger and larger trade deficit gnawing-away the United States’ economics.

The turnover of capitals needs a blooming and stabilized community. Thus, the capitals can flourish on the land of Europe without the threat of the USSR, ultimately becoming a weapon to snap the United States. A strong Union of Europe is never the goal of the US. The Iraqi invasion of Kuwait on Aug. 2nd, 1990, just after the disintegration of the USSR, marked the beginning of America’s “endless wars” in the Middle East. The endless wars conceived millions and billions of refugees. These refugees intimidated the prosperity of Europe and drove the capitals to escape from Europe and flee to the United States. 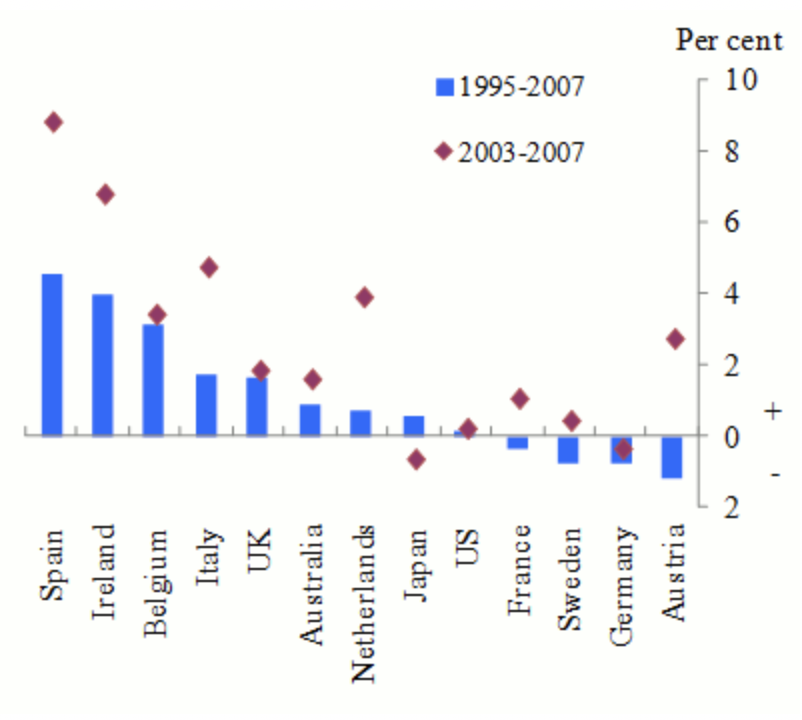 Fig. 2: differential in TFP growth between financial intermediation and the whole economy.

As shown in Fig. 1, European Union’s GDP had climbed to surpass the United States and reached its peak in 2008. As Fig. 2 showed, the financial intermediation rates of European countries are higher than the US during the period from 1995 to 2007. From 2003 to 2007, European countries had even higher financial intermediation rates. Reversively, the United States kept about no changes over the period from 1995 to 2007.

What happened before Lehman Brothers’ Fall?

The Union for the Mediterranean is an intergovernmental organization that contains 27 European Union members and 15 Mediterranean partner countries from North Africa, Western Asia, and Southern Europe. The Union was founded on July 13th, 2008 at the Paris Summit. The union projects six major cooperation: Business Development and Employment, Higher Education & Research, Social and Civil Affair, Energy and Climate Action, Transport and Urban Development, Environment and Blue Economy. The support of energy from Western Asia strengthens the competitiveness of the Euro. 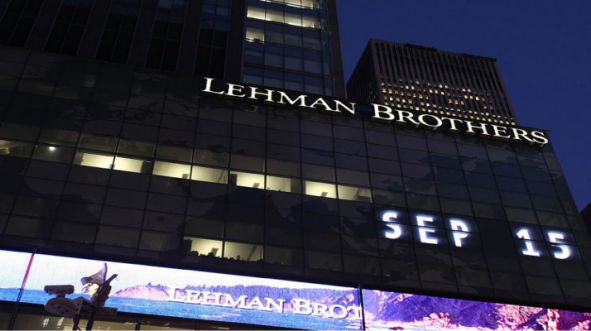 As shown in Fig. 3, the USD index falls to the low ebb around the time that the Union of Mediterranean forms. The counter weapon from the United States is passing the crisis to Europe and even the world to strike on the global economy to let capitals come back to the United States and prosper the market and economics.

On Sept. 15th, 2008, Lehman Brothers filed a bankruptcy petition. A hundred year old financial empires collapsed and became chips on the table of the US and Europe.

Andrew. H., Vasileios, M. (2011, November 2011). What is the contribution of the financial sector? https://voxeu.org/article/what-contribution-financial-sector

Cox, J. (2020, March 24). The Fed is providing way more help for the markets now than it did during the financial crisis. CNBC. https://www.cnbc.com/2020/03/23/fed-is-helping-the-markets-more-than-it-did-during-the-financial-crisis.html

O’Brien, M. (2018, September 20). Would saving Lehman have saved us from the Great Recession? Washington Post. https://www.washingtonpost.com/business/2018/09/20/would-saving-lehman-have-saved-us-great-recession/

Subscribe
Previous
HMS Electra
Next
F9: The Return of Theaters?
Return to site
All Posts
×