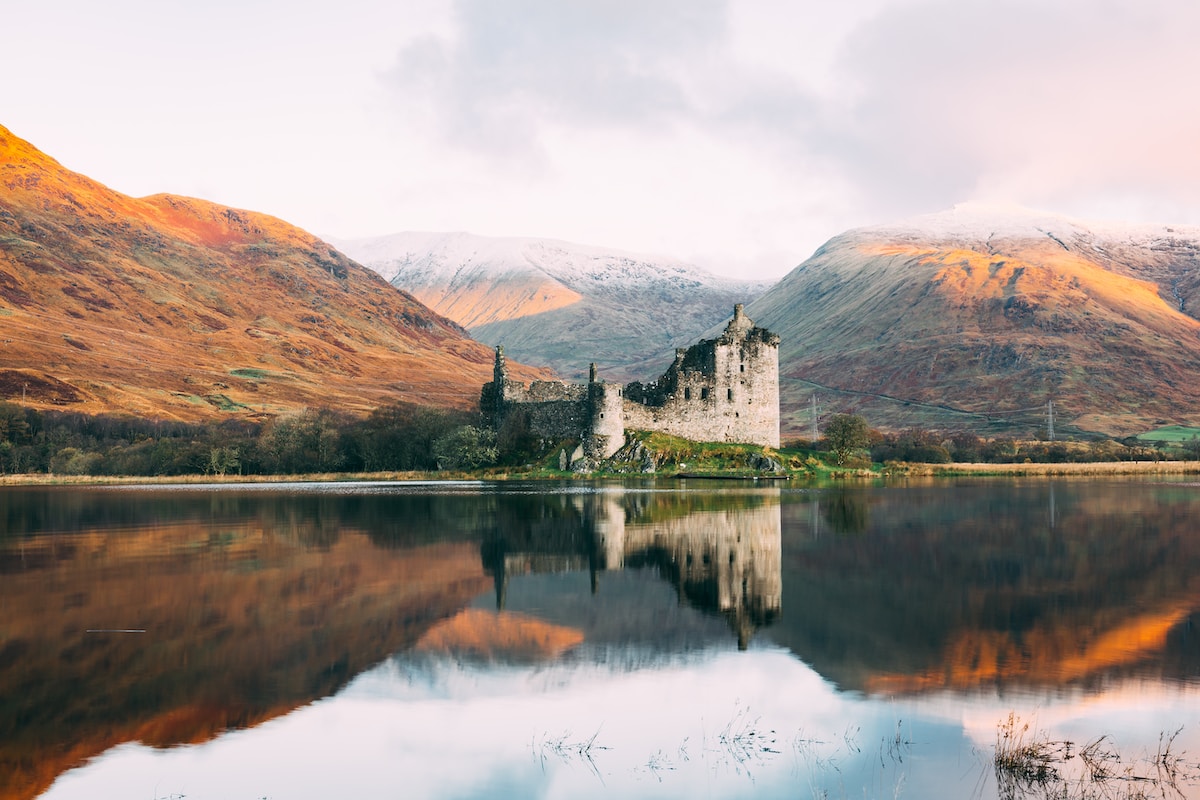 Underlying themes and figurative meanings are often conveyed by authors through the repeated use of symbols in a work of literature. Symbols, which can take on forms such as words or figures of speech, provide a means for an author to strengthen the idea of a message. William Shakespeare, the author of the tragedy, implements a multitude of motifs to accentuate the message and understanding of Scotland being thrown into chaos in Macbeth, the early 17th-century tragedy about an overly ambitious man, Macbeth, who claims the throne as his own through violent ambitions and actions but ultimately brings his own downfall upon himself. The recurring use of paradox, false face, and hallucinations throughout the play are figurative innuendos that manifest Macbeth’s paranoid reign and the mayhem his crowning brings. 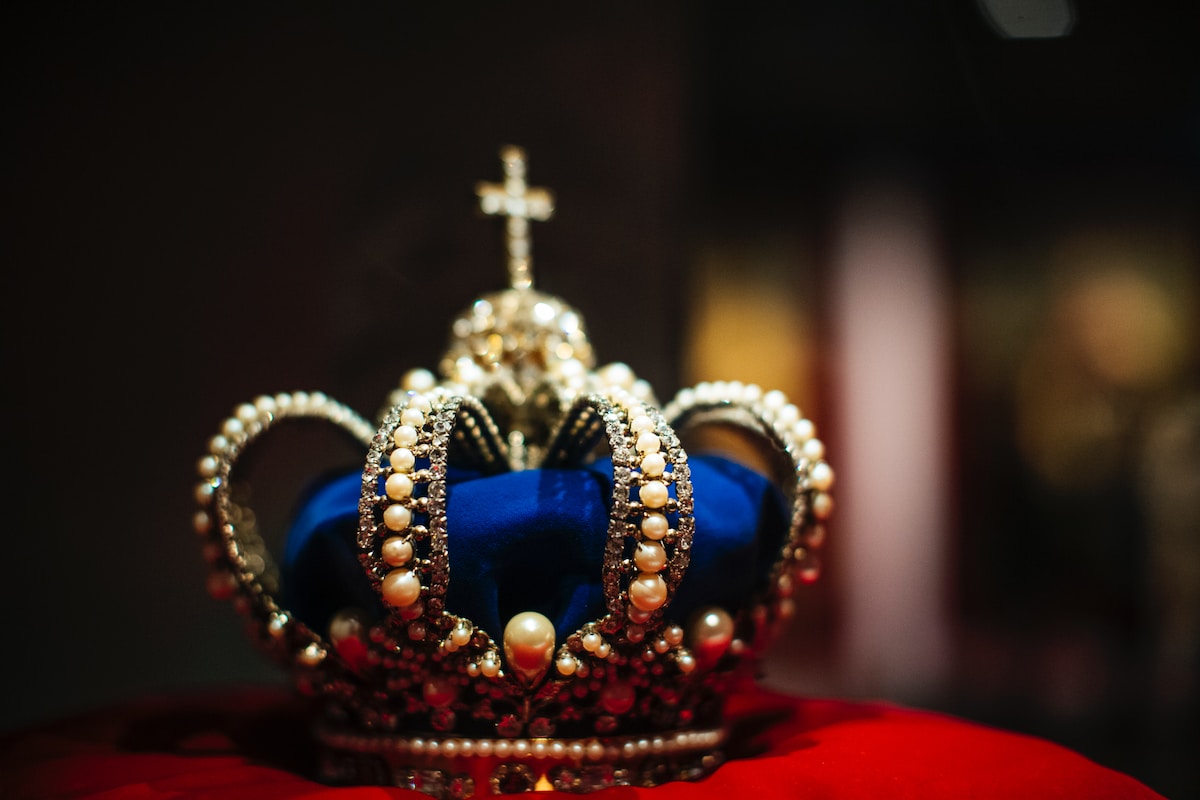 The motif of paradox is continuous in Macbeth, leading to a state of turmoil amongst the characters. Prior to Macbeth’s ambition of taking the throne by force, the witches state that Banquo will be “lesser than Macbeth, and greater,” and “not so happy, yet much happier,” (I.iii.66-67), illustrating Banquo, in the end, will be greater in terms of moral principles as shown when Banquo refuses to trust the “prophecies” given by the witches. Furthermore, Banquo’s posterity is foreshadowed to be the next lineage of kings, contrary to Macbeth’s ambition and dearest wish to ensure the throne for himself and his heirs. In addition, Banquo will not be happy because he is eventually murdered on the order of Macbeth but will be much happier than him because Banquo’s progeny will be future kings.

Thus, Macbeth believes the only way for him to secure the throne is to kill off potential candidates for the throne, including Duncan’s heirs, Banquo, and Fleance. 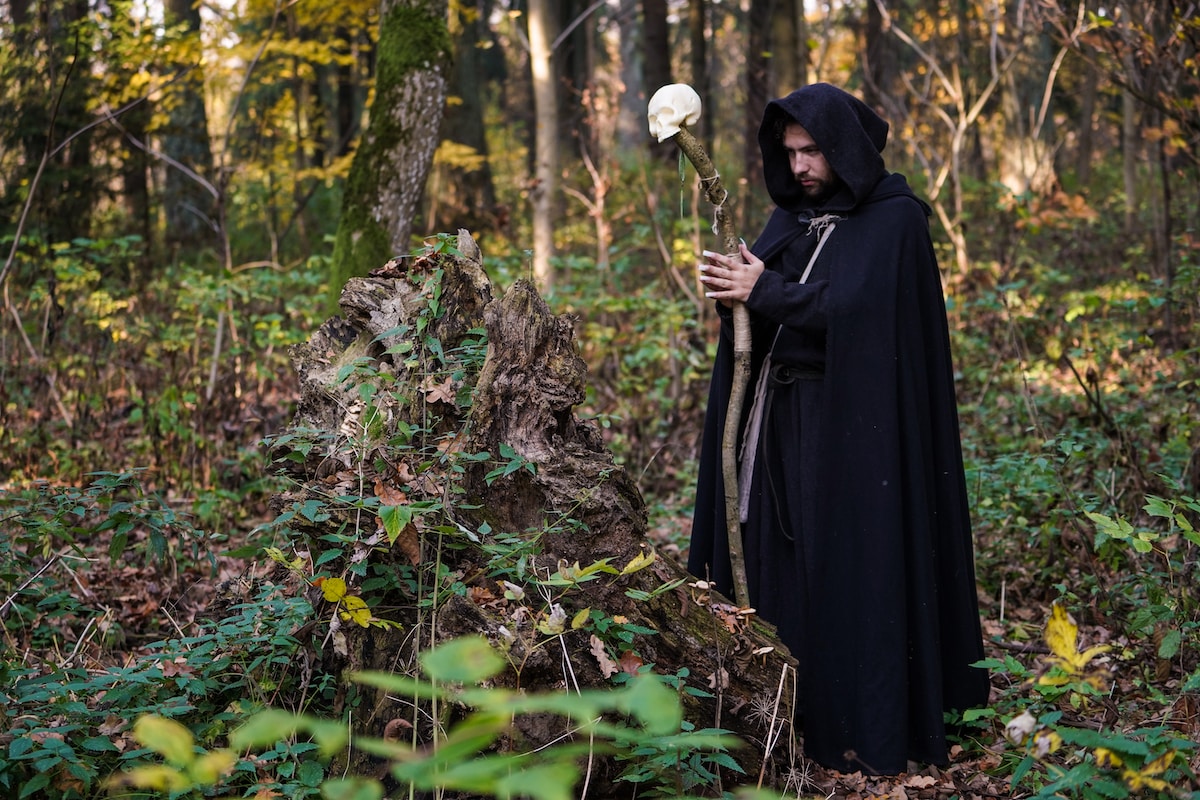 One of the main themes, “Fair is foul, and foul is fair” (I.i.12), permeates throughout the tragedy and is the founding logic of the characters’ actions and thoughts. In other words, the motif means that appearances often attempt to deceive in order to fulfil an ambition and often turn out to be the opposite. Thus, Macbeth chooses to believe the witches, regardless of the fact that they are hideous, cause immense havoc, and are devil worshippers, because “foul is fair” and so Macbeth believes they serve a good purpose to him. Macbeth follows the “foul is fair” philosophy again when he refers to Banquo as “our chief guest” (III.i.11) because Macbeth seems fair in front of the rest of the guests, however, he secretly plans to kill Banquo. Another paradox that exhibits chaos and disorder in the tragedy is “So from that spring whence comfort seemed to come, discomfort swells” (I.ii.29-30), which explains the consequences of Macbeth’s execution of Macdonwald, who was unironically the Thane of Cawdor. Although King Duncan and the rest of the warriors seemed pleased with the execution at first, this event would instigate a series of events that would lead to Duncan’s assassination once Macbeth takes on the title of Thane of Cawdor, the cursed position that once belonged to a traitor, and remains as such until Macbeth becomes King. Thus, the equivocal statements made throughout the tragedy greatly contribute to the events that follow Macbeth’s execution of Macdonwald, which will ultimately lead to conflicts and chaos within Scotland. 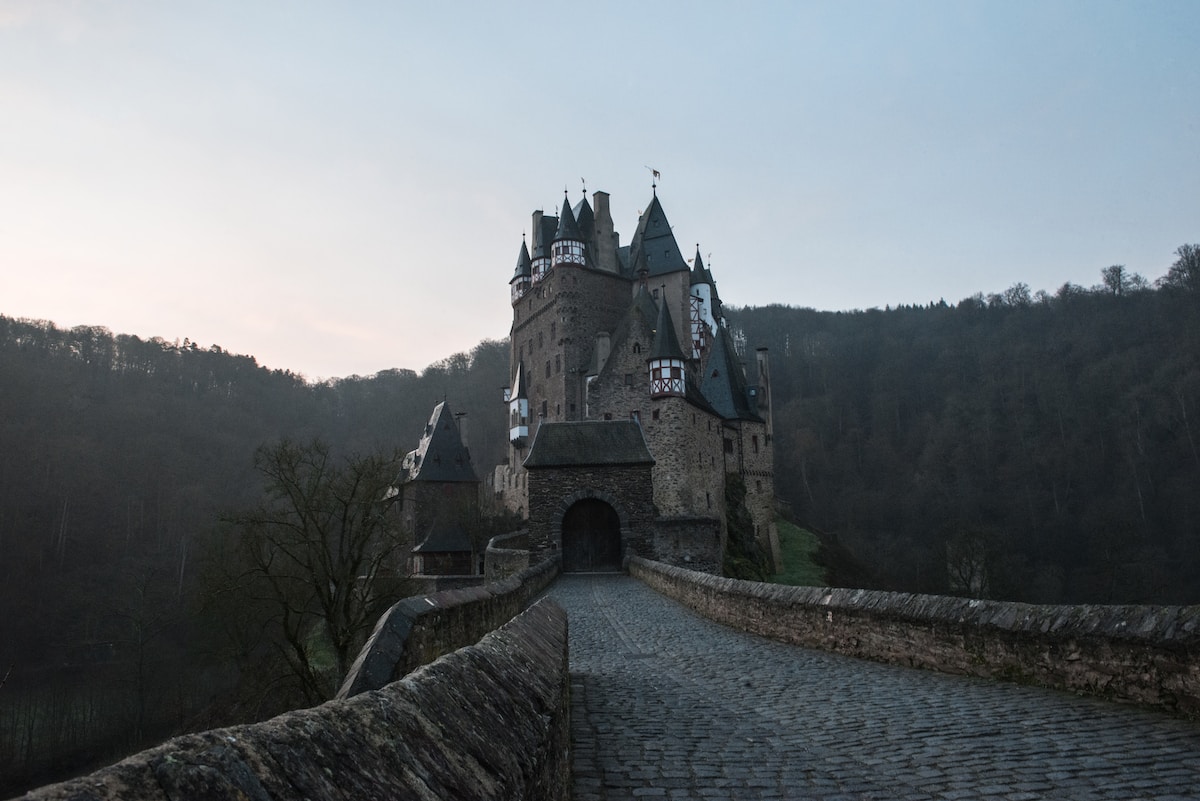 In addition to the use of paradoxes, the theme of false face is crucial to the tragedy because of the frenzy and confusion it ensues. Once Macbeth hears about his prophecy of becoming King, he becomes obsessed and corrupted with his overwhelming desire to seize the throne. Although Macbeth has such an ambition, Lady Macbeth acknowledges his pusillanimity and thus gives advice by stating “Look like th’ innocent flower, but be the serpent under ’t,” in order for “…all our nights and days to come give sovereign sway and masterdom.”  (I.vi.76-82) Looking under an innocent flower but discovering a serpent under it implies that Macbeth should display a facade by addressing Duncan with utmost respect and constancy, albeit Macbeth’s objective is to become king by killing Duncan. 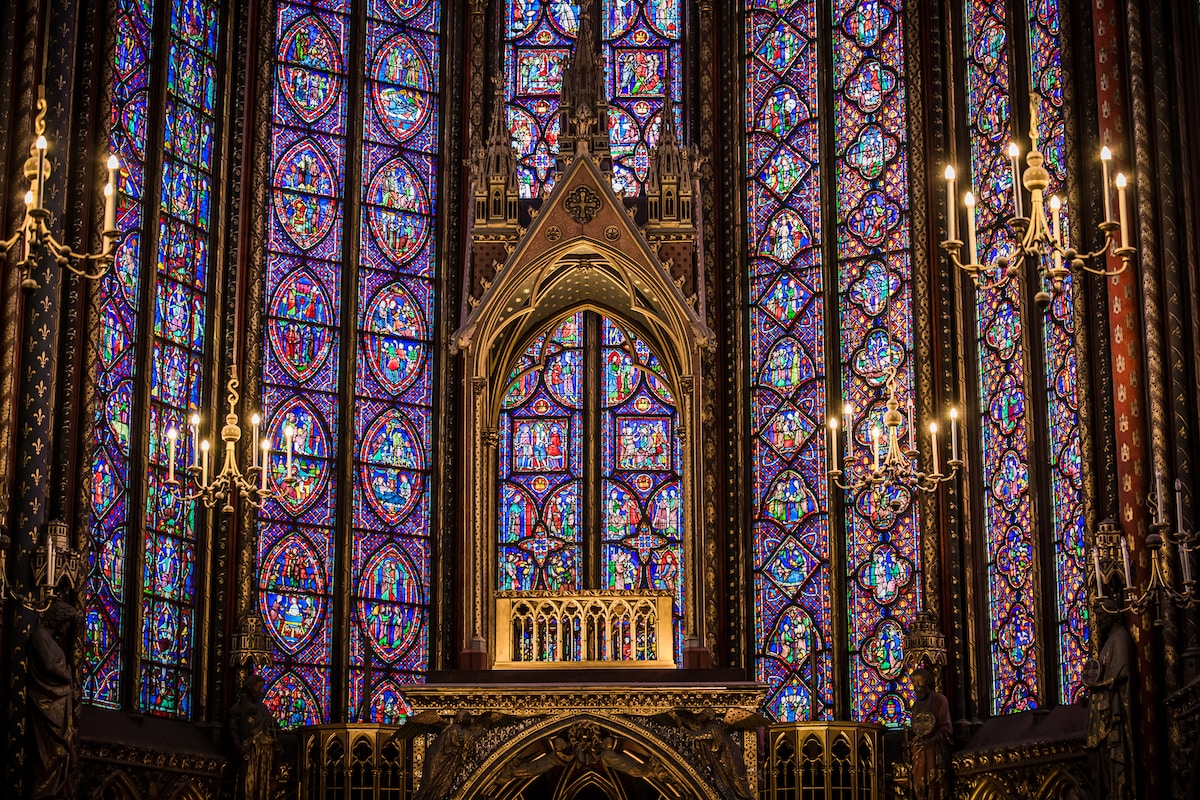 Unironically, Macbeth’s action reflects that of the previous Thane of Cawdor as Duncan stated, “There’s no art to find the mind’s construction in the face: He was a gentleman on whom I built an absolute trust.”(I.iv.11-13) In other words, Duncan is incapable of seeing through facades and can easily be betrayed by men he has built trust in, specifically Macbeth in this case. Lady Macbeth convinces Macbeth that the end will justify the means, as they will control Scotland and the murder will result in a great reward in the end. Hesitation was exhibited when Macbeth is told, “Your face, my thane, is a book where men may read strange matters,” (I.vi.73-74), demonstrating the clear internal conflict Macbeth confronts when initiating the plan to kill Duncan. However, Macbeth’s ill intention isn’t entirely motivated by himself, rather more by his wife. Lady Macbeth strongly encouraged a risky, significant, and evil deed that was extremely immoral, especially compared to Macbeth’s moral character. Indeed, Macbeth’s decision ultimately trades his respected reputation as a loyal warrior for the king for an illegitimately claimed title of the king through the use of violence. Macbeth becomes overwhelmed with guilt in the following years of his reign of terror and must persist with his violent facade, which indubitably leads to chaos in Scotland. 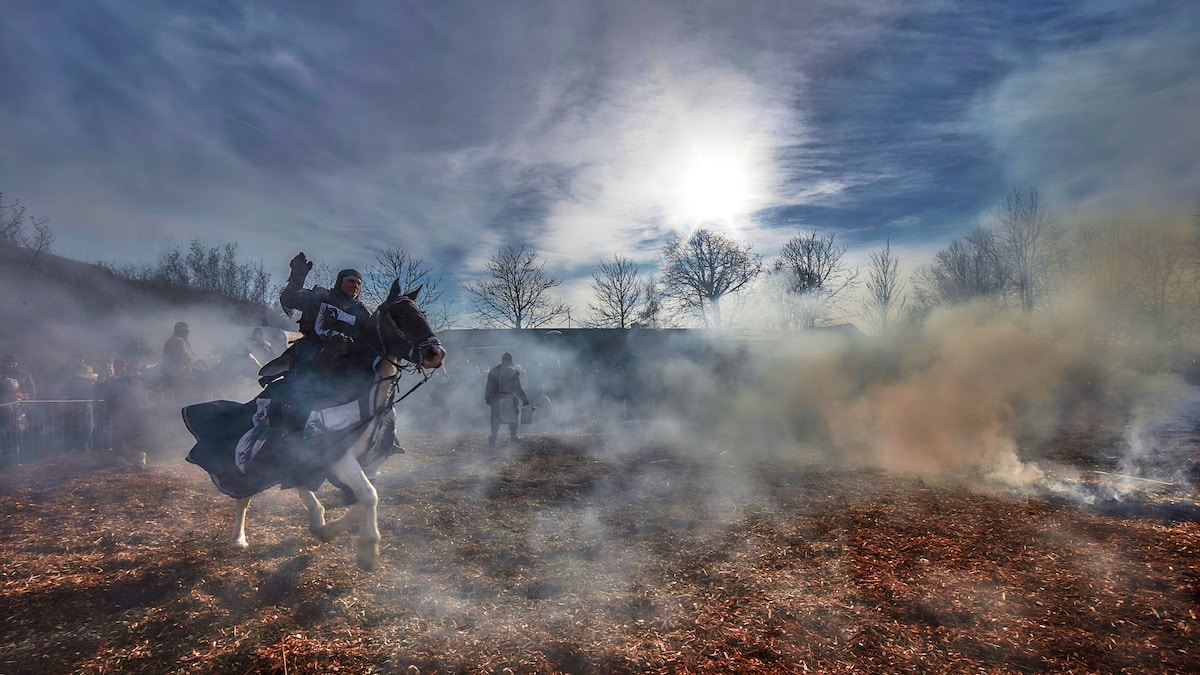 Additionally, Macbeth is plagued by several hallucinations that indicate the evident disorder and chaos that storms all of Scotland and the monarchs. Although Macbeth wrestles his conscience and constantly hesitates to kill Duncan, Macbeth hallucinates and sees a bloody dagger in front of him and states, "Is this a dagger which I see before me, the handle toward my hand? Come, let me clutch thee; I have thee not, and yet I see thee still. Art thou not, fatal vision, sensible to feeling as to sight? Or art thou but a dagger of the mind, a false creation, proceeding from the heat-oppressed brain? I see thee yet, in form as palpable as this which now I draw.” (II.i.44-53) Macbeth acknowledges the fantasy of the dagger presented to him but believes it is a real dagger regardless and proceeds to kill Duncan when he says, “Mine eyes are made the fools o’ the other senses, or else worth all the rest; I still see thee, and on thy blade and dudgeon gouts of blood, which was not so before.”(II.i.56-59) In other words, Macbeth knows that he’s seeing the fantastic bloody dagger because of his intention to kill Duncan and makes the ultimate decision in order to use the courage he has left. 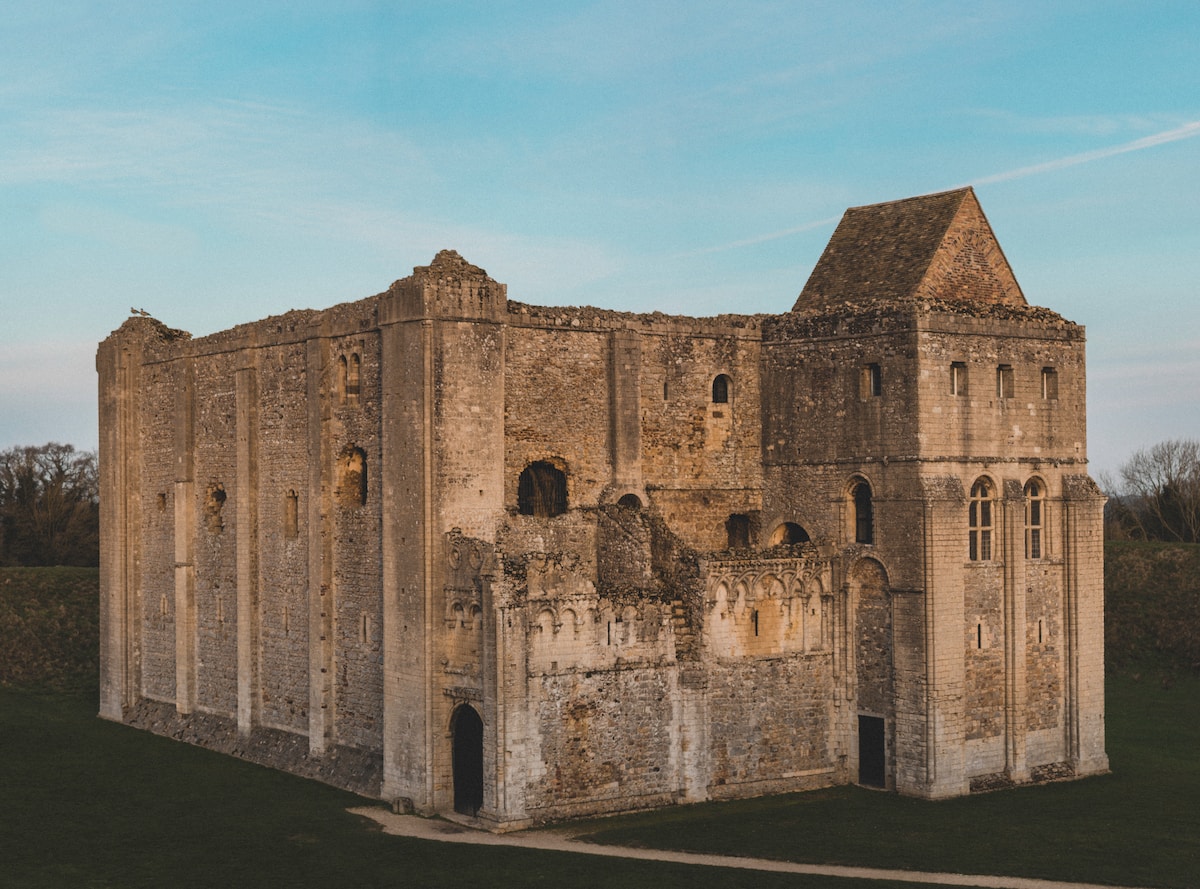 Macbeth and Lady Macbeth face immense guilt after the murder of Duncan and Lady Macbeth excessively washes her hands as shown when the gentlewoman says, “It is an accustomed action with her, to seem thus washing her hands: I have known her continue in this a quarter of an hour.” (V.i.31-33) This implies Lady Macbeth hallucinates that her hands have blood on them and excessively washes them in an effort to relieve herself of guilt from the murders that allowed Macbeth to seize the throne. Ironically, Lady Macbeth stated earlier, “A little water clears us of this deed. How easy is it, then! Your constancy Hath left you unattended.” (II.ii.65-67), which shows her initial confidence and negligence of the coming consequences. 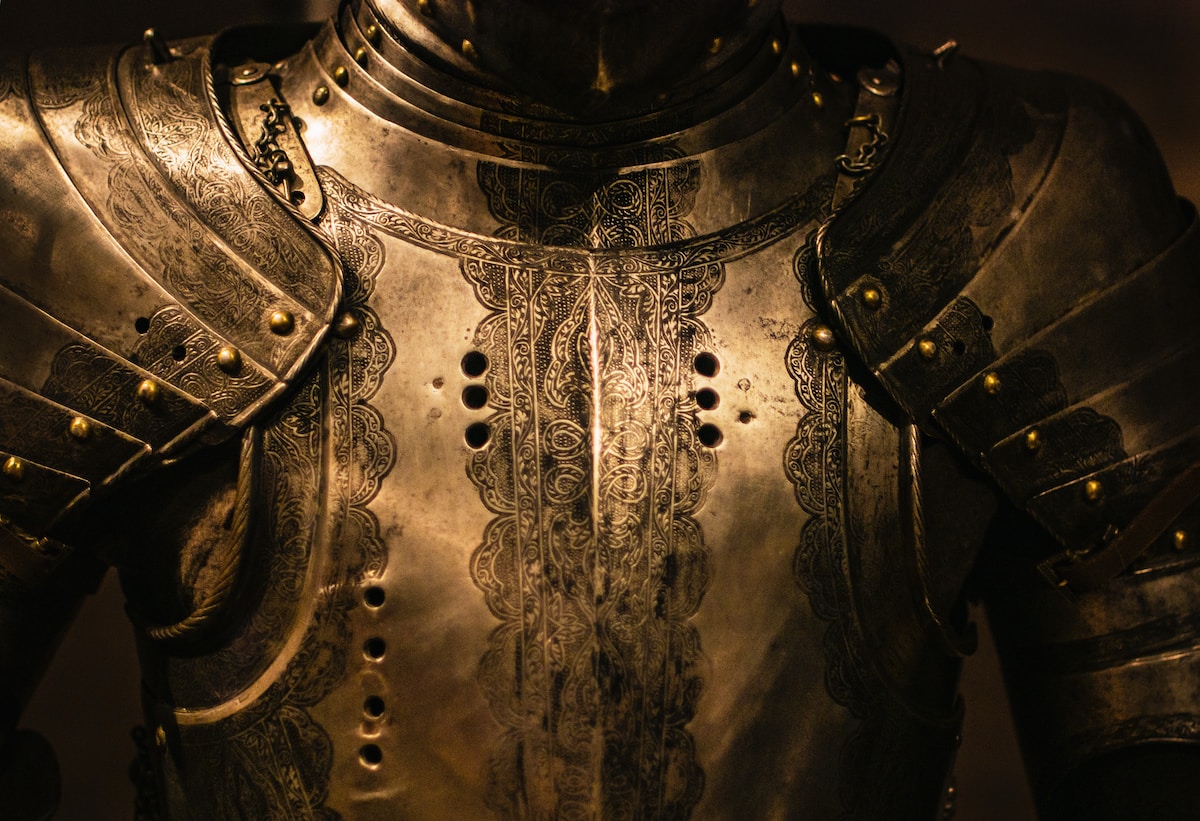 In addition to Macbeth’s hallucination during the murder of Duncan, Macbeth sees the ghost of Banquo after he is killed by assassins ordered by Macbeth. At the beginning of the tragedy, the Norwegian King was threatened with the refusal to bury the dead, which is sacrilege to the dead to Norse Culture, since the dead can’t go to the afterlife and will wander as an eternal, lifeless soul. Thus, Macbeth hallucinates the ghost of Banquo, as shown when Macbeth talks to the ghost when it comes to the table and says, “What man dare, I dare. Approach thou like the rugged Russian bear, the armed rhinoceros, or th' Hyrcan tiger; take any shape but that, and my firm nerves shall never tremble. Or be alive again, and dare me to the desert with thy sword. If trembling I inhabit then, protest me the baby of a girl. Hence, horrible shadow! Unreal mockery, hence!” (III.iv.121-129) Although Macbeth isn’t frightened of even the most terrifying of beasts, Macbeth is petrified by the presence of the ghost of his friend, whom he murdered in cold blood and did not bury. Thus, Macbeth’s conscience is overwhelmed and fails to stay sober in the presence of guilt, which leads to the failure of distinguishing reality and the hallucinations manifested by his past actions. Macbeth’s unsound psyche combined with his illegitimate claim to the throne has led to abnormal visions and strongly influenced those around him, leading to mayhem amongst the people of Scotland. 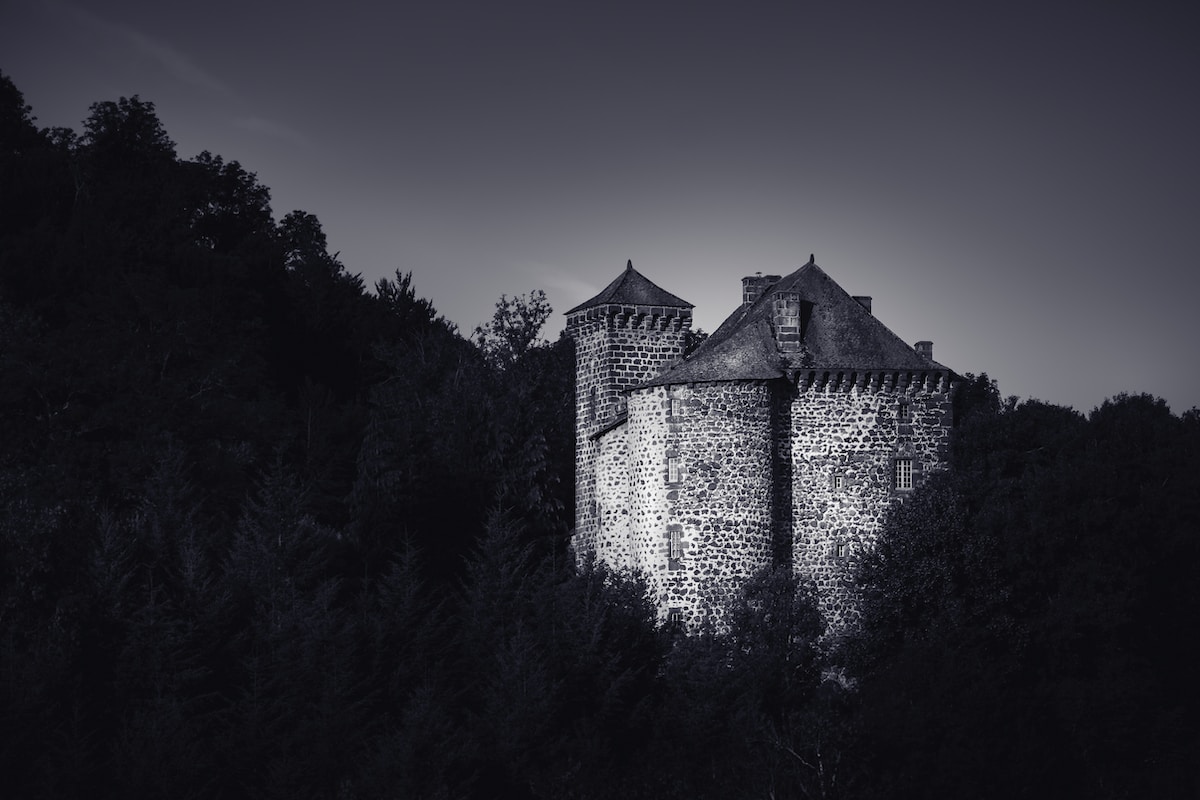 Shakespeare’s recurring use of paradox, false face, and hallucinations exhibit the causes for why Scotland was thrown into chaos and disorder. The confusing, vague equivocal statements given by the witches illustrate the philosophy Macbeth thinks with, which is to believe what is bad will be good and vice versa, and explain situations that result in a reaction contrary to what is believed. For example, Banquo wins versus Macbeth over the crown when Banquo’s posterity is foreshadowed to be the next lineage of kings, regardless of Banquo’s death. In addition, facades and true intentions are often used to achieve one’s goal as shown in the murder of Duncan but can result in dire consequence rather than reward. Specifically, Macbeth appears to give his utmost loyalty to Duncan, in order to betray Duncan like the Thane of Cawdor before him due to Duncan’s inability to see through facades. Macbeth and Lady Macbeth’s hallucinations and visions reflect the conflict of moral principles and how guilt corrupted their subconscious, ultimately leading to insanity and hysteria. Macbeth’s hallucinations, specifically, embody the internal conflict between his intrinsic moral principles and prodigious ambition, exhibiting Macbeth’s capriciousness. Namely, Lady Macbeth compulsively washes her hands in an effort to wash the fantastic blood, which illustrates the burden of guilt she carries as a result of her evil actions. In conclusion, Macbeth’s embodiments of false face, paradox, and hallucinations express the unrest that storms the kingdom and severe consequences that affect the lives of Macbeth and his wife along with the people of Scotland. 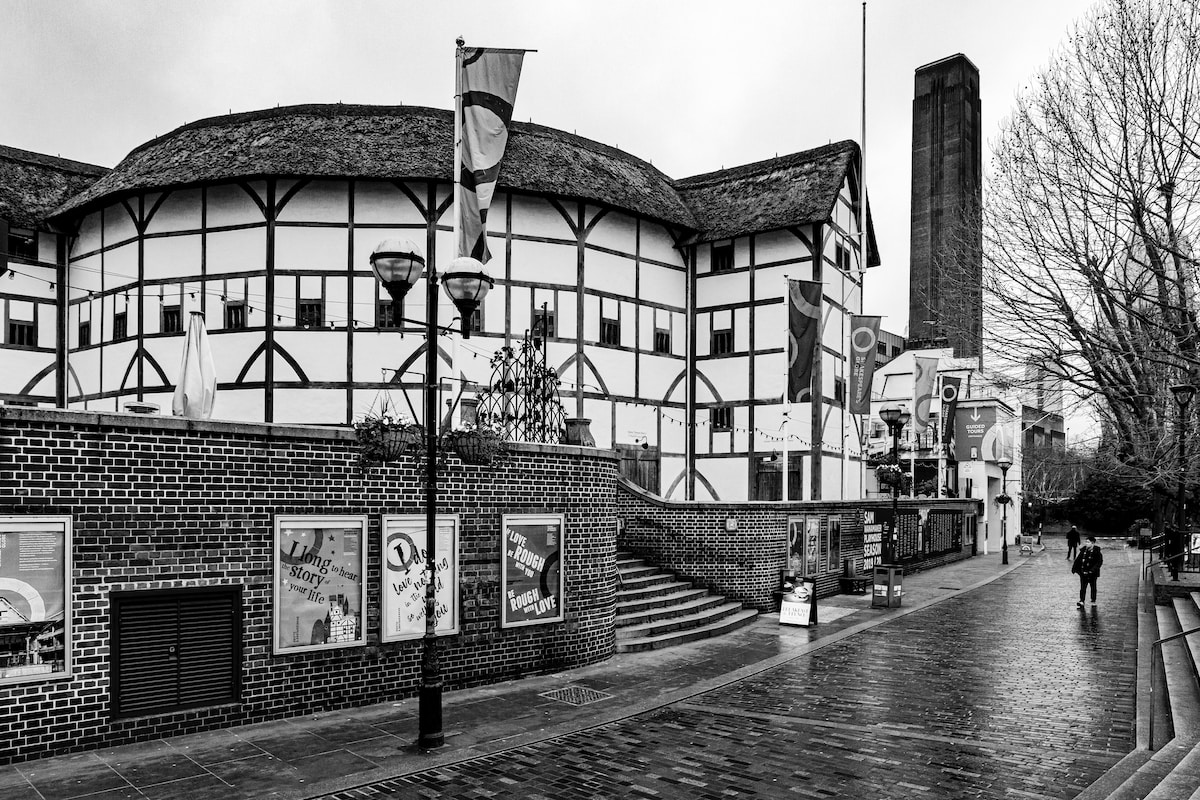 Subscribe
Previous
USS Franklin : The Ship That Wouldn’t Die—The Ordeal of...
Next
Capital Punishment
Return to site
All Posts
×